Irma Medrano: Don't Send Me Back to My Abuser - Ms. Magazine
Skip to content 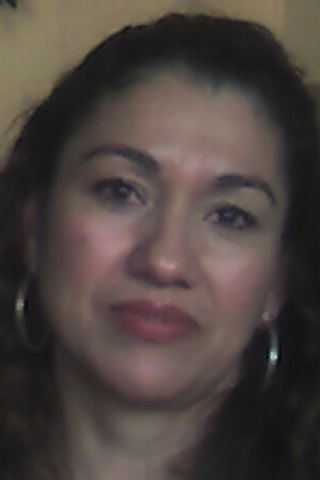 In 1995, Irma Medrano fled El Salvador after being subject to horrible abuse at the hands of her husband. For years he had routinely beaten her, strangled her with a leather belt and threatened to kill her. Every time she complained to the Salvadoran police she was told that they would not intervene in a private family matter; he was, after all, her husband. Hapless and terrified, Medrano came to the San Francisco Bay Area and took refuge with her sister, hoping to begin a new life and eventually bring her children, whom she had left behind with relatives. Today she faces imminent deportation back to El Salvador–and the potential wrath of her husband.

The Department of Justice’s Board of Immigration Appeals (BIA) has not yet made a decision regarding a motion to allow her to apply for asylum, but the Department of Homeland Security denied her request to wait for the BIA’s decision before deporting her. Despite reports from Medrano’s family members in El Salvador that her abuser has started to look for her after hearing she might be deported, and that Salvadoran police have never been able to protect her, lawyers from the Department of Homeland Security argued for her deportation, saying:

The government and police of El Salvador are far more willing and far better able address (Medrano’s) concern regarding her husband.

Their position is questioned by Karen Musalo, a scholar at the Center for Immigration and Refugee Studies, who has done extensive research on El Salvador and asserts that DHS claims are “totally and verifiably false”. The Overseas Security Advisory Council, a U.S government organization, listed El Salvador as “one of the most violent countries in the world” in 2010.  The OSAC also noted a 10 percent increase in the number of rapes in El Salvador from 2008 to 2009, adding that not even 20 percent of rapes in the country are even reported.

The failure of the Department of Homeland Security to grant respite to Medrano is particularly troublesome in light of recent legal developments in asylum law: This past June, the Obama Administration recognized fear of domestic abuse as a possible basis for asylum claims. In that case, a woman from Mexico successfully petitioned for asylum on the basis that she feared persecution from a man who had repeatedly raped her at gunpoint, stolen from her and even tried to burn her alive. Medrano did not learn of this new legal development in time to file a petition before she was ordered to be deported. Her attorneys have asked the Department of Homeland Security to stay her deportation so she could pursue an asylum claim under this new basis, but it refused.

In the meantime, Irma Medrano, now 44 and the mother of two U.S.-born children as well, languishes in a jail in Yuba City, Calif., awaiting deportation at any time. She has told U.S authorities that she faces almost certain torture if she returns home, as her husband has vowed to avenge her fleeing. Irma’s only hope to evade deportation at this point is if Attorney Gen. Eric Holder or Assistant Sec. for Immigration and Customs and Immigration Enforcement John Morton will intervene and order a stay on her deportation.

Can you help? Please sign the petition to keep Irma Medrano from being deported:

Photo of Irma Medrano courtesy of her lawyer, Aubra Fletcher.

Ms. Muse: Melissa Studdard on the Power of Poetry to Create the World We Want
Mental Health Reform Activists Played The Long Game. Here’s What That Can Teach Us Today.
December 2022 Reads for the Rest of Us