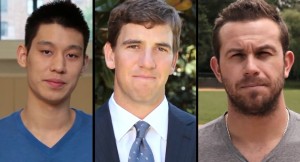 A PSA titled “1 is 2 Many” was launched by Vice President Biden earlier this summer as part of his plan to address the responsibility of a younger male audience to end dating violence. The hook? Violence against one woman is already affecting too many women.

Cynthia Hogan, counsel to the Vice President, explained the tactics of the campaign, which includes text, email and Twitter access to resources against dating violence: “We’re trying to go where the young people are.”

The PSA’s overall message is simple: “No one should ever hit a woman … No woman should ever have to fear violence.” Viewers are encouraged to act against dating violence by speaking up and getting help. By playing the PSA on the Fox Sports, ESPN, NFL and MLB networks, the campaign has become part of the daily lives of many young men. Not only are viewers exposed to the PSA on their favorite channels, but they also hear the message from famous male athletes who are role models to countless young people. 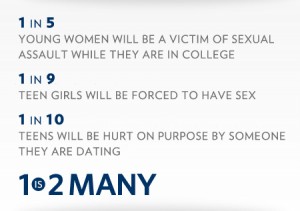 The campaign began in September of 2011 in response to alarming dating violence statistics. Its goal has been to decrease that violence, especially against women between the ages of 16 and 24. The campaign focuses on “changing attitudes that lead to violence and educating the public on the realities of abuse … in an effort to stop violence against women before it begins.”

Statistics on dating violence and sexual assault, as well as ways to take action, are posted on the official White House website.

The “1 is 2 Many” PSA will continue to be played for the remainder of the summer.

Top Left Photo from “1 is 2 Many” public service announcement.