In the Land of In Between: Mimi Onuoha's Advice to Her Younger Self - Ms. Magazine
Skip to content

The series will share stories of inspiring leaders — from their humble beginnings to their current work. The leaders will discuss how they became involved with PIT, what drives them each day, and what they wish they knew along the way.

It was summer in Brooklyn when Mimi Onuoha, now 29, first truly understood how she could harness technology to deal with the tumultuous emotions that welled up in the face of street harassment. She was in her early twenties, a recent graduate of New York University’s prestigious Interactive Telecommunications Program, walking around the steamy city, increasingly irritated by unsolicited come-ons and leers from random men.

Rather than wallow in frustration and helplessness, Onuoha hatched a plan.

“I wrote some code so that I could have this system where whenever someone catcalled me I’d give them a phone number, which they assumed was mine, but actually it was hooked up to a server,” she explains. “They could text it, and whenever they texted, it would send one of a string of pre-programmed messages that all said different things like: ‘oh, I wish you knew how terrible this makes me feel,’ and ‘how dare you.’”

When the experiment was over, Onuoha realized the aspect of her experiment that would endure would be the data set she collected—the text messages. What was lost was the profound sense of fear she felt in first approaching the men to give them a number. Any remnants of that lay only in her imagination.

Despite her disappointment, it got her thinking hard about the processes designed and implemented in collecting data, and what it means to reinsert and focus on the process of collecting the data—a process which does not last and is not easily documented. “How do you reconnect it to the data sets,” she asks, “which are these artifacts, which always live on, and can be used in anything, and are so discrete, and are the metrics that we can point to?”

What compels Onuoha is what happens to people who are not accounted for in data, where data is missing in systems that are data-saturated and data-driven. She points to police surveillance data, data on sexual assault victims and perpetrators and even the weather.

“What I find interesting about them is why they exist and what they say about art in general or structures for making sense of the world,” she tells Ms., “which really now comes down to making it into data. I’m interested in the space between what it means to be classified in different ways. What does it feel like when life-altering decisions are mediated by machines? Where does power actually lie when it comes to automated systems? I think about how computational structures are maintained—not just how they’re created, but how they stay, how they linger and then how they’re undermined or reinforced by social ones, and what happens when those two things meet?”

Onuoha’s informal journey into such questions began, in a sense, in childhood as the Brooklyn-reared daughter of immigrants. Straddling these worlds fomented life-long questions: “What does it mean to not fit but want to, but then not be able to but then try, and that times multiple, cultural things of growing up in America but then growing up Nigerian.”

Her more formal journey into this investigation got underway as an undergraduate at Princeton University, where she studied anthropology with a focus on media and technology, “interested in the technical platforms that were very much influencing our lives, and specifically the different, very traditional ways in which we express forms of culture or rituals.”

Such inquiry didn’t require her to know how to code, but as graduation approached, she realized she had to master that skill in order to proceed. ITP, housed within NYU’s Tisch School of the Arts, would do just that. Onuoha applied and soon found herself immersed in a world where technology and art merged, setting her on a self-designed professional course that has allowed her to tack between fields as her creative impulses and curiosity dictate.

“I feel very much like a hybrid,” she says, identifying herself not just as an artist and technologist, but variously as a researcher, a writer and a programmer. “I’m moving between spaces and that can be cool, but you also have to deal with this constant sense of losing out on something. By focusing on one thing, you’re neglecting all the other things you could be doing, and that is just true.”

The uncertainty she faces stands in contrast with the defined career paths of doctor friends who have also worked tirelessly, “but the nice thing they had is that they always knew what the next step was; they could see the ladder of where their life would take them,” she explains.

“What I have found really hard is not seeing that. That ladder just collapsing and just looking around and everything is flat. There’s no path to go in. You’re just figuring it out. Learning things along the way constantly, but not even knowing what it is that you have to learn.”

Looking back, she says she would give her younger self permission not to worry so much about the future, and tell her that uncertainty in work and in life is okay. “It doesn’t go away,” she confesses. “You just get better at managing it, and things don’t all have to make sense while you’re doing them.” 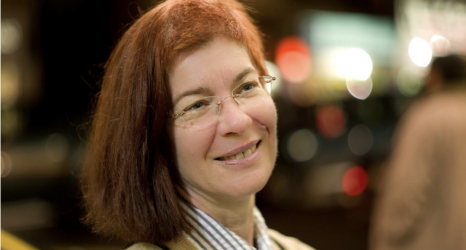 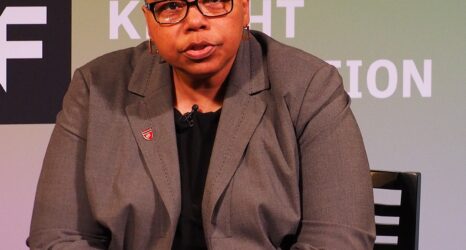