Given the outpouring of reflection on the life and legacy of Ruth Bader Ginsburg, it is perhaps something of a vanity to add my own to the mix. I am not among those who knew her personally, sat to interview her, or even crossed her path—but for the crowd photo (below) where my teenage daughter and I had the good fortune to be posed directly next to her.

Yet like countless women of my generation—proud Gen X here!—and the Millennial and Gen Z cohorts who have followed, I have long felt a deep personal connection.

After graduating law school with a resume chock full of feminist fervor, I landed my first job as a writer for the Women’s Rights Project at the ACLU—the entity she had co-founded twenty years prior. I started working there in August 1993, just as she began her tenure on the U.S. Supreme Court. Walking those halls felt like a dream.

Hers was not yet a household name. It would be another two decades before the Notorious RBG moniker took hold, and the extraordinary marketplace for “I Dissent” mugs and t-shirts and specialty collar accessories.

But I still recall with utter and vivid clarity the excitement and awe her mid-career track record inspired. Yes, we knew the vast barriers she endured in the 1950s—seeking to study and practice law as a woman, as a Jew, as a mother and wife.

But by the early nineties she’d already reshaped that story: Those challenges were the very attributes that drove her game-changing contributions in the pursuit for gender equality. Her work had not only radically expanded the reach of the constitution and the law to take on sex discrimination, but also forged a path toward reframing our expectations of societal institutions writ large.

Poring over the vast paper trail of her life—what a gift that she committed to sharing her stories so publicly over the years—there is an abundance of wisdom from which to draw.

I’m attached to three anecdotes—not only on account of their stand-alone brilliance, but because when considered as a collective, they offer a blueprint for success in the mighty trio of life, love and the law that she exemplifies.

“It helps sometimes to be a little deaf.”

A dose of marital advice and then some, given on her wedding day by her mother-in-law (which Justice Ginsburg wrote in a 2016 New York Times op-ed):

“It helps sometimes to be a little deaf. I have followed that advice assiduously, and not only at home through 56 years of a marital partnership nonpareil. I have employed it as well in every workplace, including the Supreme Court.

“When a thoughtless or unkind word is spoken, best tune out. Reacting in anger or annoyance will not advance one’s ability to persuade.”

Her expansive view of what it meant to provide representation ensured she embraced not only her clients, but also colleagues and predecessors, those on whose shoulders she and we all stand.

From the ACLU’s memorial statement on Ginsburg’s first oral argument before the Supreme Court in Frontiero v. Richardson: “I knew that I was speaking to men who didn’t think there was any such thing as gender-based discrimination and my job was to tell them it really exists,” she said.

To do so, she harkened to our foremothers and the work and words of abolitionist and suffragist Sarah Moore Grimkè, relaying to the Court: “I ask no favor for my sex. All I ask of our brethren is that they take their feet off our necks.” (She prevailed in the case and the plurality decision written by Justice William J. Brennan; another source of personal connection and pride, today I work for the organization that bears his name.

RBG’s quiet skill of leading from the bench

“I once spoke to you about not being queen when one writes for the Court,” shared her granddaughter, lawyer Clara Spera, in a 2018 essay for Glamour magazine.

That meant that the Justice, “doesn’t write to promote her profile or to advance her interests; she writes to ‘get (and hold) the court,’ meaning, to respond to her colleagues’ concerns.”

Spera went on to elucidate:

“Previously, I thought that winning, and only on my own terms, was the path to success. But her work and friendships—like with the late Justice Antonin Scalia—have inspired me to listen to those I may disagree with and to find areas where we can build together.”

Where do these tenets leave us today? RBG’s grand generosity, her wisdom and wit, presume some modicum of good will on all sides—a fair fight in a functional democracy.

We are seeing anything but from the rapid response of Senate Majority Leader Mitch McConnell, Senate Judiciary Committee Chair Lindsey Graham, and President Trump, who tweeted within hours that the nomination for a new justice will go forward.

Neither Justice Ginsburg’s legacy nor her seat on the Supreme Court can be so readily compromised or conceded. She argued as much on her deathbed:

“My most fervent wish is that I not be replaced until a new president is installed.”

Which means that our charge is clear. She left us the playbook. We owe it to all she has built, all she has sacrificed, all she has bestowed upon us to fulfill her final wish.

Jennifer Weiss-Wolf is a lawyer, fierce advocate for and frequent writer on issues of gender, feminism and politics in America. Dubbed the “architect of the U.S. campaign to squash the tampon tax” by Newsweek, she is the author of Periods Gone Public: Taking a Stand for Menstrual Equity, which was lauded by Gloria Steinem as “the beginning of liberation for us all,” and is a contributor to Period: Twelve Voices Tell the Bloody Truth.

How to Be Yourself and Change the World in the Process 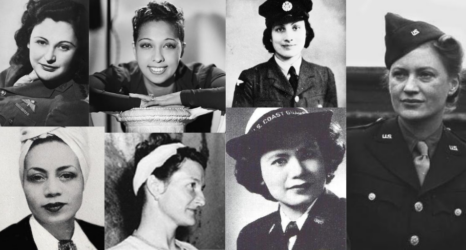 20 Events That Shaped Sexual Violence Prevention in the Last 20 Years
#TaylorIsFree: Taylor Swift Takes Back What’s Hers
Trump Races to Weaken Environmental and Worker Protections, and Implement Other Last-Minute Policies, Before Jan. 20