“The Inclusion Rider asks for the production to consider diversity, equity, inclusion and accessibility in its hiring practices.”

It’s been four years since the launch of #TimesUp, a Hollywood-led campaign to fight sexual harassment in the workplace so women have a better chance of thriving and succeeding in the media industry and beyond. And it’s been just under a year since the protests against the police killings of George Floyd and Breonna Taylor sparked a nationwide cry to do better—one that resonated in the film and television industry with echoing calls to diversify Hollywood and improve its lackluster inclusion initiatives.

A resurgence of mainstream interest in #BlackLivesMatter may have led many production companies, networks and studios to proclaim their intent both to help underrepresented individuals succeed and to provide more inclusive content—but tweeting a message of support is a far cry from making systemic changes that provide equal opportunities for cast and crew from across gender, race, ethnicity and ability.

It’s this desire to help inspire and encourage systemic change that led to the release of a newly-updated Inclusion Rider, a contract provision designed to help hold studios accountable for inclusive hiring practices, and a new policy guide for companies who are hoping to create a robust framework for diversity and inclusion within their own organizations. “For us, the huge motivating factor was all of these folks who believed they were doing it right, believed they cared about [diversity],” but sometimes fell short, said Fanshen Cox, one of the co-writers of the original Rider and head of strategic outreach at Pearl Street Films. The rider, she said, and especially its update, is designed to help individuals and companies “verbalize [their] commitment to making change, do something tangible towards that, [and] then reflect back on whether or not [they] actually did” make the changes they promised to make.

The first version of the Inclusion Rider was released in 2016 and co-written by Cox and civil rights attorney Kalpana Kotagal (Cohen Milstein Sellers & Toll). It was based in part on the work of University of Southern California professor Dr. Stacy Smith, who published an op-ed on “equity riders” in 2014 and gave a TED Talk on “the data behind Hollywood’s sexism” in 2016. “[Dr. Smith] shared her data,” Kotagal recalled, and the data allowed for a clearer “understanding of how the industry has really failed to make progress over a long time.” For both the original rider and its recent update, the question became “what were the levers that might help to prompt meaningful change in the industry.”

“People in entertainment ask for riders to be added to their contracts all the time. It’s basically an addendum to the contract asking for certain provisions,” explained Cox and Kotagal in a recent Refinery 29 op-ed. “The Inclusion Rider asks for the production to consider diversity, equity, inclusion and accessibility in its hiring practices.” Furthermore, there are four essential principles to the rider, as detailed on its robust website:

1. A commitment to deepening and diversifying hiring pools.

2. Establishing benchmarks or targets for hiring.

4. Implementing accountability measures to support progress if you fall short of your goals.

In its initial incarnation, Cox and Kotagal imagined the Rider would mainly be adopted by A-listers, who could use their clout in Hollywood to include it in their contracts (the rider’s template is flexible so it can be adapted as necessary) and help diversify film and television productions from within. And a number of well-known actors and directors did adopt the rider in its first few years, including Matt Damon and Ben Affleck (who founded Pearl Street Films, where Cox works), Paul Feig, Brie Larson, Michael B. Jordan and Frances McDormand (who famously endorsed the rider publicly when she accepted her Academy Award in 2018).

The Inclusion Rider found further support when Endeavor Content’s head of human resources Dr. Tasmin Plater and #ChangeHollywood, a campaign created by the racial justice organization Color of Change, signed on to further develop and promote the rider alongside Cox and Kotagal. With its new policy for organizations, “Several studios and production companies have already signed on,” according to The Hollywood Reporter, “including AMC Studios, Forest Whitaker’s Significant Productions, Scott Budnick’s One Community, Stephanie Allain’s HomeGrown Pictures and digital content company Portal A.”

The updated rider and new company policy provisions take the already ambitious goals of its first version a step further. “We always knew that at some point we’d want to look at it more systemically,” said Cox. Working with Dr. Plater and Color of Change “accelerated the way we were going to try to tackle this systemically.” Endeavor Content had already been using the rider in its company policy, and Color of Change is a well-established and powerful group that’s “vocal when change doesn’t happen.”

Kotagal agreed: “We have always had systemic change as the goal. The question being what tools could we put out there to help make the industry be more equitable, be more inclusive, be more accessible.” She also credits the partnership with Endeavor Content and #ChangeHollywood for helping them “take that next step.”

The updates to the rider had already been percolating behind-the-scenes since its first release, as Cox and Kotagal gathered data and saw how individuals and companies were responding to its use. One of the primary reasons for the update, Cox explains, was that people thought they were being inclusive in their hiring practices, and then “the project would come out and it’d be very clear that that was not the case.” Another is that some companies were claiming the rider was mandating a quota system, which is not the case, or “forcing them to hire people that don’t exist.”

“At first we kind of gave in to that response,” Cox lamented, before they realized it was merely a convenient excuse. However, this feedback inspired the inclusion of a hiring resources link on the updated Inclusion Rider site. Not to mention that Cox also hosts the Webby-nominated Sistah Brunch podcast where she interviews “incredible Black women that are running the show on all levels.” That, in combination with other initiatives, reminded her that there’s no shortage of qualified women and people of color working in the media industry.

One such organization is Women of Color Unite, founded by producer Cheryl L. Bedford (interviewed for Ms. here), which operates The JTC List, a comprehensive and constantly growing database of women of color working in all areas of the media industry. Together with The Bitch Pack founder Thuc Nguyen, Bedford co-founded the #StartWith8Hollywood mentoring program to meet a similar need—pairing established industry mentors with mentees who are women of color in order to encourage and support the careers of those emerging in the industry (both the author and Cox are members of WOCU).

Of course, these other initiatives and the rider itself are just a few tools out of many necessary to truly diversify Hollywood. The Inclusion Rider is focused on hiring practices and “can’t help how people are treated once they get hired” or ensure a studio is “going to be able to tell an authentic story,” clarified Cox, adding, “We’re really careful not to ever frame this as the end-all and be-all of change.”

For her part, Kotagal “situate[s] the Inclusion Rider in the broader landscape of really important work that’s happening across the industry to drive change.” In her experience as an employment and civil rights attorney, she chooses to “think about these issues in a holistic way, and hiring is one vertical in all of the work place practices that have to be addressed to get you to a genuinely equitable work place.”

To measure the success of their work, Cox, Kotagal and their partners are going back to the data, where this undertaking all began. Companies signing on to the Inclusion Rider policy are being asked to collect information on changes in their organizations, and, Cox added, “We’re working with Color of Change to look at productions that have taken the rider on and how they do.”

“I don’t think I will be convinced that the work is ever finished,” Kotagal said. “To my mind, starting to see progress over time is going to be an important marker of success, but, of course, that will be a function partially of the Inclusion Rider and partially of all the other strategies and all the other essential work that’s happening in the industry. I see us as part of this broader coalition of folks that are doing this crucial work of social change.”

Promises are easy to make and hard to keep, especially when they involve eliminating long-established, institutional biases. Incorporating the Inclusion Rider or adopting its policy initiatives is one way for productions and companies to follow-through on their promises, hold themselves and others accountable, take diversity, inclusion and accessibility seriously, and support lasting change in the media industry. 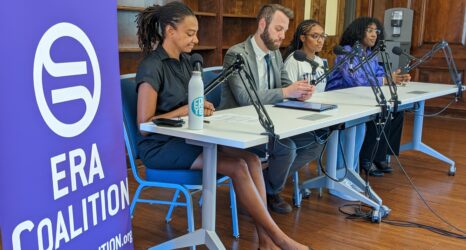 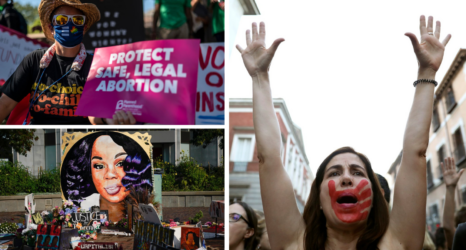 Keeping Score: ‘Justice Has Been a Long Time Coming’