Historic records of Harriet Tubman’s life in freedom show her to be a resilient woman with deep spiritual beliefs and a willingness to open her home and to offer her resources to others.

The Harriet Tubman Home, which is the core of the Harriet Tubman National Park in Auburn, New York, is where Harriet Tubman lived in freedom for more than 50 years—from 1859 until her death in 1913. This national landmark also projects the more than a century-long legacy of the AME Zion Church’s efforts to keep alive the spirit of Tubman’s service to others. Public interpretation at the property celebrates Tubman’s life in freedom and her lifelong social activism.

Over the past quarter century, I, along with my Syracuse University students, have had the good fortune to work with the Harriet Tubman Home, Inc., now joined by the National Park Service, to carry out archaeological and historical research on Harriet Tubman’s overlooked, yet tremendously significant, post-emancipation life. Details of this study are published in The Archaeology of Harriet Tubman’s Life in Freedom (Armstrong, 2022).

Tubman’s early life and heroic actions in which she self-liberated and conducted African Americans to freedom have been detailed in film television, and several books, including Kate Larson’s Bound for the Promised Land (2004). However, Tubman’s contributions did not stop with emancipation. Archaeological studies at the Harriet Tubman Home illuminate her life-long struggle for social justice and women’s rights.

The Harriet Tubman Home comprises two adjacent farms on the edge of Auburn. Tubman purchased a seven-acre farm in 1859 from then Senator, and later Secretary of State, William Seward and his wife Francis, both of whom she knew through her efforts traversing through New York and leading African Americans to freedom in Canada at St. Catharines, near Niagara Falls.

The second, larger 25-acre farm, was acquired by Tubman in 1896 for the purpose of expanding the Harriet Tubman Home for the Aged that she had already established in her personal residence. The Harriet Tubman Home for the Aged became a driving force for Tubman in the last decades of her long life. She struggled to pay its mortgage and refurbish its buildings. Her efforts resulted in a commitment from the AME Zion Church to step forward, acquire the property, solicit funds, and to formally open the Home on Tubman’s behalf.

This property was transferred to the AME Zion Church in 1903, and the formal opening of the Harriet Tubman Home for the Aged was accomplished in 1908 with the dedication of John Brown Hall, the Home’s residential quarters. After Tubman’s death in 1913, there was an outpouring of support for the Home, which funded the refurbishing of the old farmhouse near the front of the property. From 1915 until the closing of the Home in the late 1920s, this house became the residential home for elderly African American residents.

The buildings of the Home for the Aged saw hard times through the 1930s and 1940s, but the AME Zion Church retained the property, established the not-for-profit Harriet Tubman Home, Inc., and began restoration efforts to honor Tubman in the late 1940s.

In the 1990s, Tubman’s personal home and farm, which had been sold after her death to settle her estate, was purchased, re-uniting Tubman’s two farms as the Harriet Tubman Home, Inc. moved forward with restoration efforts and public interpretation at the site. Historic research and restoration efforts, and projects like our archaeological studies, ultimately led to partnering with the National Park Service and the establishment of Harriet Tubman National Park in 2017.

Excavations at the site uncovered thousands of artifacts from Tubman’s house that date to a fire in 1880. When the house was rebuilt, the burned and broken personal possessions were shoveled into the foundation trench. When we excavated the trench, these artifacts were found near the rooms from which they had been removed. Dozens of inexpensive plain white dinner plates and service bowls were found just outside the dining room. Also present in this grouping were a mix of highly decorative bowls and tea wares, and the fragments of dozens of glass dessert goblets.

Newspaper accounts describe social functions, including ice cream socials, where these would have been used. A distinctly different grouping of artifacts was found just outside the window of a bedroom. Clustered together were a burned bone toothbrush and dozens of medicine bottles, including a sealed bottle of glycerin, suggesting the contents of a medicine cabinet.

The artifacts, combined with tax and census records, indicate that the house was rebuilt by Tubman’s husband Nelson Davis on the same site using brick produced in brickyards located on this and adjacent properties. Several Tubman relatives and members of the local African American community worked in these brickyards, including a brickyard and kiln site located on the adjacent Harriet Tubman Home farm, which we found and excavated.

Tubman’s house was always open to family members and those in need. Over the years she shared it with her parents, relatives, and elderly African Americans who came to her for shelter. Tubman’s desire to assist others was the basis for her efforts to open a home for aging African Americans. Though accounts of Tubman and her home focus on the elderly, archaeological studies opened our eyes to the role of children in the household. Children were almost always present; some were family members in residence and others came to Tubman for daycare. The archaeological record includes doll parts, toy tea sets, and both glass and clay marbles. In excavating the front yard of Tubman’s home, we discovered a buried walkway leading from the house to the street. On and near this walkway, we found a dozen marbles, probably lost by children over the years.

While the artifacts from Tubman’s farmhouse yield the most detail on her personal and family life, artifacts excavated from John Brown Hall, the Harriet Tubman Home’s primary dormitory from 1908 to 1913, provide the most detail relating to the Home. Numerous personal objects were recovered. Among them were rings, broaches and picture frames, as well as an array of medicine bottles and ointment jars. Of these, a heart-shaped brass pill box stands out as reflecting the combination of medical needs and humane expressions. Tubman herself lived in the building after a hospital stay in 1911. She resided there until her death in 1913.

The artifacts recovered from John Brown Hall included dozens of tea ware fragments from a set of “Lace” pattern, teal blue pattern transfer printed tea wares. Maker’s marks indicate they were made by L. Straus and Sons and sold by Macy’s Department store. We later found pottery shards from this same tea set at several other places at the Tubman Home, including Tubman’s personal residence.

From historical records, we know that Tubman hosted teas in her home and that she was invited into the homes of other influential women for formal teas and conversations like that commented on in the frontispiece of Susan B. Anthony’s copy of Sarah Bradford’s biography of Tubman.

“This most wonderful woman—Harriet Tubman—is still alive,” Anthony wrote on January 1, 1903. “I saw her but the other day at the beautiful home of Eliza Wright Osborne.”

The teas to which Tubman was invited in Auburn were strictly women’s gatherings. Except for Tubman, the attendees were white women. Tubman served tea in her home for meetings of the Harriet Tubman Home’s board of directors. Her teas were for mixed groups of multi-racial women and men.

Despite these social visits, Tubman had difficulty raising funds for her Home for the Aged. Eliza Wright Osborne (niece of famed abolitionist and women’s rights activist Lucretia Mott) who lived just up the street from Tubman in Auburn typifies Tubman’s fundraising challenges. Tubman was a guest in Osborne’s parlor, and Osborne regularly visited Tubman’s home and made contributions in support of Tubman’s personal needs. She paid for repairs to Tubman’s house, brought her food, and paid Tubman’s hospital bills.

Osborne was known for her philanthropy including major contributions to social causes. She paid $200,000 to construct Auburn’s Women’s Union Building, donated funds for a YMCA/YWCA and Auburn’s Home for the Friendless. She even offered to pay for Tubman’s care in a home for the elderly, but Osborne felt that Tubman had done enough, and that at her age she should not pursue the Home for the Aged. Finances were always a struggle, but Osborne limited her support to Tubman’s personal needs and provided no financial support to the Harriet Tubman Home, causing Tubman to rely instead on the AME Zion Church. With the church’s assistance, the Harriet Tubman Home was opened and the property retained in honor of Tubman.

Archaeological and historic records related to Harriet Tubman’s life in freedom indicate that she was a resilient woman with deep spiritual beliefs and a willingness to open her home and to offer her resources to others. Despite obstacles, with the help of the AME Zion Church, and an array of supporters, Tubman created a special place where aging and homeless African Americans could find shelter and freedom from want.

The archaeological record recovered at the Harriet Tubman Home serves to remind us to move with deliberate action and to pursue freedom and dignity on behalf of others. My hope is that, in unearthing the archaeological record of her life, the new perspectives gained will serve to inspire new generations to action—to solve the social problems of today and tomorrow. 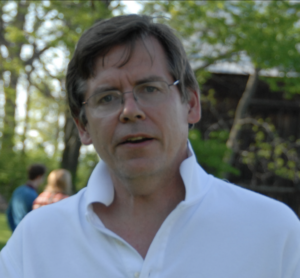 Douglas V. Armstrong, Ph.D., is a professor of anthropology in the Maxwell School at Syracuse University where he holds a Laura J. and L. Douglas Meredith professorship and Maxwell professor of teaching excellence. He has been engaged in archaeological and historical research in the Caribbean since the late 1970s and has been involved in New York State Archaeology since joining the Syracuse University faculty in 1986. He has been involved in archaeological and historical research at the Harriet Tubman Home and related topics linked to social movements, abolition and women’s rights for more than two decades. In the Caribbean, he is currently working on archaeological projects in Dominica and Barbados. His Caribbean research has focused on cultural transformations and ethnogenesis related to the African Diaspora with a focus on household and community archaeology under conditions of enslavement as well as movements to freedom.