Why Roe Was Never Enough—and What Comes Next - Ms. Magazine
Skip to content

Abortion rights and women’s rights are directly tied to the health of U.S. democracy. Both are in free fall—and have been for some time. Where do we go from here?

After a leaked version of the draft of the majority decision in Dobbs v. Jackson Women’s Health Organization was made public, we now know that the Supreme Court is poised to overrule the longstanding precedents of Roe v. Wade and Planned Parenthood v. Casey. When the final decision is issued, there likely will no longer be a federally guaranteed right to abortion in America for the first time in nearly 50 years.

Among the ways Ms. has been reporting on this over the Court’s term, we partnered with the Brennan Center for Justice at NYU Law last fall to create Abortion Is Essential to Democracy, a series of essays that reflect on the myriad democratic dysfunctions that have helped erode abortion rights in America. As Jezebel reported about it: “A think tank that focuses on voting rights, money in politics and the criminal justice system is for the first time highlighting how attacks on democracy have led to the biggest threat to abortion access since the Roe v. Wade decision almost 50 years ago.” A NowThis op-doc video accompanied the essays.

On April 20, we followed up with an in-person discussion co-hosted by Ms. and the Brennan Center, along with NYU Law’s Birnbaum Women’s Leadership Network. It was held at NPR’s studio in New York City; you can watch the full recording here or at the end of this piece.

Some highlights of those remarks:

Professor Melissa Murray on democracy and the rule of law

“Assaults on voting rights have paved the way to dismantle reproductive rights. So right now, in Texas, we have a law that is patently unconstitutional. Yes, everyone knows it is unconstitutional, but what people don’t think about and don’t talk about is that law does not get enacted by the Texas state legislature, unless that state is so gerrymandered that those who know it’s unconstitutional and those who would object to its unconstitutionality have no voice in the process. That’s how you get a law like that—because you have so fundamentally disrupted and dismantled the system of democracy in that state to allow something like that to happen.

“And then when the Court decides in June to overrule Roe v. Wade, whether explicitly by saying the words, or implicitly by simply upholding another patently unconstitutional abortion law in Mississippi, we are going to see the impact of not only gerrymandering, but voter suppression, because the Court will have essentially through its rulings, blessed laws that suppress the vote.

“One of the things that we need to take from this moment is that this isn’t just about abortion and it’s not going to end with abortion. But if we are going to register any kind of objections, we need a functioning, healthy democracy. And that’s the first thing that they have disrupted.“

“Roe was not a north star in and of itself. And it is not mutually exclusive to talk about the importance of Roe, without also talking about who’s left behind. It’s like thinking about the 19th Amendment and voting rights—Fannie Lou Hamer and Black people being beaten up on a bridge saying we want the right to vote. If Black people will still have to be pummeled, people murdered to attain this voting right, then for some it’s more illusory than real. So, we can hold both. We have to—and at the same time.

“So what does this history look like? Because I think if we don’t say it enough, then it just kind of flies over the head that this has been a long arc towards justice. And not just a matter of the last few years of the rug of reproductive rights, health and justice being pulled out.“

“SisterSong works with communities of color every single day to say that we have to think about abortion as an intersectional issue. And now we’re right back in this moment where we have yet another Supreme Court decision coming down over our heads.

“Taking us back to Mississippi in 2012, there was a voter ID bill before the state legislature, as well as a personhood bill. [It was] women of color, reproductive justice organizations, groups on the ground in Mississippi saying if don’t address these issues at the same time, we’re going to set ourselves up for disaster. And for all the money, the resources, the energy that went into defeating personhood—we got that victory, but look what happened to voting rights. That voter ID bill did not work in our favor. And so, when we look at where we are in now, it’s because of these decisions that were before us at that time. And that continue to be before us in so many of our different states—in particular, in the South where the leadership and the expertise and the knowledge of our communities of folks of color gets overlooked.“

“When Roe v. Wade was initially decided it had this ripple effect in other parts of the world. But now the rest of the world is surpassing us. We are seeing since 1994, since the Cairo conference, 60 countries have liberalized their abortion laws.

“So that’s been the global trend, to liberalize abortion laws. Yet since Roe, here in the U.S., the direction has been to block access to abortion—first with the Hyde Amendment saying that poor women could not use Medicaid benefits to cover access to abortion. And then states layer on restrictions, making it really difficult to access.

“Roe was not the only path to reproductive rights that was available to the Court.

“At the time Roe was being litigated, there were a number of other challenges to abortion laws and other laws that impinged on reproductive freedom throughout the country. There was a challenge to New York’s abortion law led by feminist lawyers, including Florence Kennedy, who served as a bridge between the feminist movement and the Black power movement. And they were making intersectional claims. They argued that access to abortion not only implicated privacy, but also implicated sex discrimination claims, gender equality, class equality. They were thinking about this broadly. They talked about compelled pregnancy as cruel and unusual punishment. It was a much richer and more robust set of claims that they were making, broader than privacy.“

Michele Goodwin on ‘Canaries in the Coal Mine’

“This has been a marathon, not a sprint. There have been canaries in the coal mine—Black and brown women who for a very long time have been ringing the bell and saying, ‘This is coming. This is coming because this has been happening to us.”’And it’s unfortunately been to the neglect of those voices that we find ourselves today with folks saying, ‘Well, we now feel the fire,’ when in fact Black women were already in the flames in the 1980s and ’90s.“

“When we only think about having the right to something, but not having access, then do we really have that right? And that’s what we see with Roe. We still have some states that only have one abortion clinic, like Mississippi, like Kentucky. Are we thinking about the fact that there’s a pay gap, low wages, folks not even getting what they need? So economic justice is an issue. Maternal mortality is an issue.

“And so we must think beyond Roe, about how we want to create the reproductive justice necessary for folks to be able to live their lives—most who are already living in a post-Roe world.

Abortion is just one piece of our reproductive decision making and lives. I am thinking about our ability to have the children that we want and the ways that we want to prevent our pregnancies, without shame and with dignity, to be able to parent those children that we have in healthy and safe environments. If we thought about this from a more holistic bodily autonomy perspective, how different this conversation would be—and how much more deeply we’d connect that to the conversation of democracy.“

“We don’t live single-issue lives—and so we can’t have single strategies. Culture change matters, yes, because this is about the future we want to imagine. That vision then gets translated into law and policy down the road. I do want to really caution us about saying, ‘Okay, you know, Roe is over so let’s throw up our hands.’ Courts of law are important institutions and pillars of democracy. We can’t just walk away from that.“ 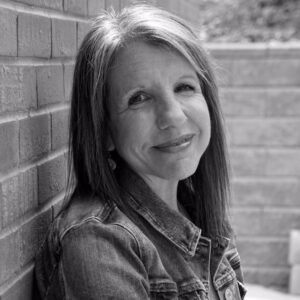