Rest in Power: Loretta Lynn—A Legend, an Icon, a Voice for All Women - Ms. Magazine
Skip to content

The world lost a powerful voice on Oct. 4—not only due to her divine musicality and acclaim in the realm of country music, but because of her genuine ability to portray the intimate thoughts and frustrations of women of her time.

Loretta Lynn grew up in the hills of Eastern Kentucky, in an era when men wrote the songs and women didn’t have much say in what was written. She blazed a trail by writing her own songs about the heartfelt feelings, vulnerabilities and aspirations of women. Through hard work and determination in the face of adversity, went on to become the legendary “Queen of Country Music.” Fiercely proud of her country roots, she was revered by many across the world who have followed in her footsteps to change the recording industry.

As CEO of the Girl Scouts of Kentucky Wilderness Road, I have seen that determination in the young girls who strive to make their mark on the world by utilizing their talents to their best abilities. This kind of perseverance is not a given. Bravery, risk-taking, exposure and experimentation are vital elements in pursuing life dreams. Eliminating the fear of failure that so often blocks these achievements comes with strong guidance, support and positive mentorship.

Most of my songs were from the women’s point of view. That’s who I’m singing about and singing to during my shows. And the girls know it. … Most of my fan club is women, which is how I want it.

Lynn was raised as the second of eight children in a cabin with no electricity or indoor plumbing. There wasn’t much money in the household, but the children were raised with love and knew very well the value of hard work. Chores and hardships were buffered by the sweet songs and stories of Appalachia, sung by Lynn’s mother; and the sounds of Nashville were eagerly listened to on the radio when there was enough battery power. Lynn was married at the age of 14, and by 19 had given birth to four children, with a set of twins coming later. Lynn’s husband provided the encouragement and support that ignited her career as a singer and songwriter. Throughout her career, she was a devoted mother and wife, despite a sometimes-tempestuous marriage.

The songs Lynn wrote were inspired by these life experiences and gave authenticity to her voice as she blatantly expressed the emotions that so many women were feeling but not vocalizing at the time. Among these songs were:

Music has long been an important instrument for social change through the subtle expression of sentiments which can reach a wide audience. Lynn, through her authenticity, was able to comfort many women who were going through similar situations. As a result, social changes slowly began to take place, particularly during the Women’s Movement in the ’70s.

Currently, girls and women are still overlooked, marginalized and taken advantage of. Social media, financial insecurity and COVID have exacerbated problems with depression and mental health, particularly for girls and young women. The first step in addressing these concerns is acknowledgement through vocalization. Doing so sets the stage for reparative action and announces to others in like situations that they are not alone.

At the Girl Scouts of Kentucky Wilderness Road, vulnerabilities can be vocalized in a safe space and shared by others in a supportive and secure environment. Through the Girl Scout Leadership Experience, our girls are encouraged to discover themselves, connect with others and work through adversities without judgement to create positive change, to pursue their interests and to become leaders in their chosen field. This type of support provides the confidence, courage and perseverance that are the hallmarks of the Girl Scouts.

I am proud to be part of an organization that embraces these ideals and helps to empower young girls to be outspoken and to achieve their full potential in the arts, STEM, entrepreneurship and in all areas of leadership that have been typically male-centered.

Our own Kentucky heroine, Loretta Lynn, embodies these same ideals and her story is a source of inspiration for us all.

As CEO of Girl Scouts of Kentucky’s Wilderness Road Council, Susan Douglas taps into more than 20 years of experience in nonprofit leadership and development in steering the premier leadership opportunity for female ambition in Kentucky, a council that serves 8,000 girl members across 67 counties. 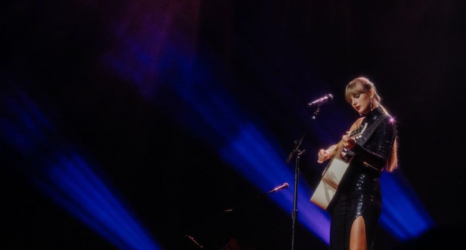