Women's Equality: The Road Behind Us, The Road Ahead - Ms. Magazine
Skip to content 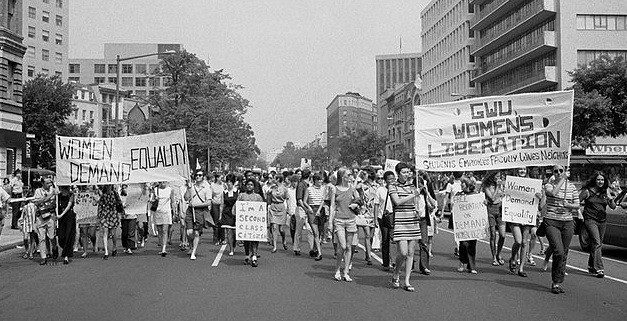 Today is the 90th anniversary of suffrage, and we’ve indeed come a long way, baby. When the suffragists finally got the 19th Amendment passed in 1920, it was after two generations of women had busted their butts to get it done. Movement leader Carrie Chapman Catt told just how hard it was:

How far have we come? Well, we can now own property, get custody of our kids, get credit in our own names, go to college and enter the professions, not be paid less for the same work as a man does (at least on paper), and not get fired for getting pregnant.

Citing 2009 figures benchmarked against 1984, the year Geraldine Ferraro shattered the political glass ceiling by becoming the first woman nominated for vice president on a national ticket, the report shows some impressive gains:

Good news for working women—up to a point. But the report also cautions that the 900-pound-albatross of women’s economic progress—the pay gap—is still with us, big time. In 1984, women made a paltry 68 percent of men’s full-time weekly wage. In 2009, it was a paltry 80 percent. (There was no breakdown for women of color, but other sources remind us that it’s much lower if your skin is not white.)

It’s sure not the worst of times, but we’re not yet to the best of times, either. Let’s take a page from the suffragists—hold those in power responsible. If they won’t vote for pro-woman measures like the Women’s Equality Amendment (first introduced in 1923 right after suffrage), don’t vote for them. It’s that simple, and it’s a payback to those women who got us the most fundamental right so long ago.