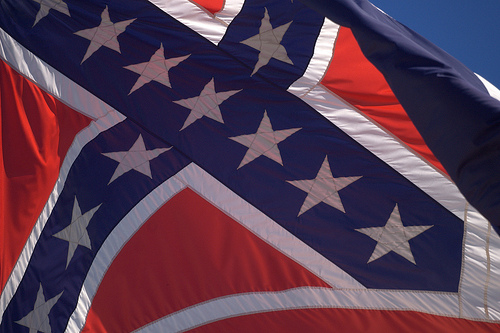 Since the Arizona state legislature passed the draconian anti-immigration bill SB 1070, other states seem to be in a race to catch up. Nebraska and Mississippi, with some of the nation’s smallest percentages of Latinos living within their borders, are nonetheless trying to pass some of the toughest anti-immigration laws we have seen to date, with Mississippi singling out cases of domestic violence for particular immigration scrutiny.

Mississippi’s SB 2179, which would take effect July 1, requires police officers to check immigration status anytime they stop, detain or arrest someone. What should particularly trouble feminists is its domestic violence clause, which is worded in a way that could permit to officers to check the victim’s immigration status. It instructs the officer to determine and detain the “principal aggressor.” There is wide room for abuse of this power–if the officer simply decides that he or she can’t single out one of the parties as the aggressor (or chooses not to), then both can be detained. A domestic violence call could thus result in not just the abuser being detained and perhaps deported (depending on their immigration status) but it could also result in the deportation of the battered spouse and, if there are children who were born in the U.S., the break-up of a family.

This law targets an already vulnerable population. As Uma Narayan wrote in 1995, immigrant women “are more often economically, psychologically and linguistically dependent on their spouses than wives in general,” making it harder to get out of abusive relationships. Moreover, immigrant women whose immigration status depends on their husbands are reluctant to leave abusive partners for fear of being deported. Thus many choose the batterer over deportation–a situation Kimberlé Williams Crenshaw called “double subordination.”

Acknowledging this, Congress amended the 1990 Immigration Act with an explicit waiver for hardship caused by domestic violence. But not all immigrant women meet the conditions of the federal waiver: They must be permanent residents and provide proof of “good moral character”–something that is completely subjective, much like the language in SB 1070 and its copycats that asks officers to screen for immigration status based on “reasonable suspicion.” As the journal for the state bar of Michigan has argued, “Virtually any criminal conviction will prevent a finding of ‘good moral character,'” and undocumented status may very well be one of those deterrents. While the Mississippi law does not directly contradict federal law, it does, however, make domestic violence a potential target crime from which to filter people into the ICE and then into detention and deportation at a much faster rate. Those caught in that net can easily include victims as well as abusers.

This increased policing of women’s rights should be of huge concern for feminists nationwide. This is the time for all of us to enter into the debate to protect the rights of others.

Professor Guidotti-Hernández was part of the Center for the Great Plains Symposium “Diverse Faces, Shared Histories: Immigrants on the Great Plains” at the University of Nebraska Lincoln. More information about this event is available here.

Photo of the Mississippi state flag via flickr user StuSeeger under Creative Commons.