Do We Hail Yale, Or Are The Men There Just (Bull)Dogs? - Ms. Magazine
Skip to content 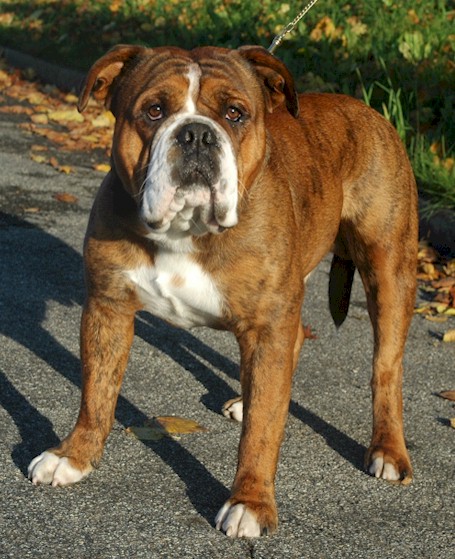 Equally shocked was Yale’s administration, which responded by soundly condemning these behaviors and reiterating the university’s commitment to zero tolerance for them. And now comes the revelation that the Department of Education’s Office for Civil Rights is investigating a complaint filed by 16 students and recent graduates that seeks to hold the university liable for violating Title IX–specifically the provision that the university failed to eliminate a hostile environment that makes it impossible for women to receive an equal education.

Even Vice President Joe Biden has weighed in. Without mentioning Yale specifically, he urged colleges to do more to prevent sexual assault, and insist that “no means no.”

Why exactly were we so shocked by this incident–haven’t we heard all this before? It’s not like Yale is all that any different from any other college or university in America. It’s just that as one of the most prestigious universities in the world–where public reverence is often so high that one feels a need to inhale slightly before uttering the school’s name–we may expect more from its students. We expect more decorum, more respect for fellow students. We notice what happens at Yale, and that “matters” in some larger public sense, perhaps more than the attitudes or experiences at other campuses.

“I don’t think that the sexual culture is worse here than it is at other places,” one student told The New York Times. But do you think that Vice President Biden would have spoken out had the complaint been filed against, say, SUNY at Stony Brook, where I happen to teach? Unlikely. I think we expect America’s brightest young men to also be among its most responsible. Or at least we expect the sons of the wealthiest and most privileged Americans to exhibit a little more genteel decorum in their relations with the opposite sex.

To their credit, most Yale students responded with disgust and outrage at the behavior of these guys. There’s been plenty of campus organizing, lots of campus discussions, and even the occasional thesis topic.

But some have missed the point entirely, dismissing the chanting as just a stupid joke or a harmless initiation ritual. (Remember that Delta Kappa Epsilon, the fraternity that required these marches and chanting, was the same one that was exposed for branding its students in the late 1960s–a practice defended by the fraternity’s then-president, George W. Bush.)  Sometimes the brightest are not also the best or the most honorable.

If Yale’s no better than anywhere else, is it possible that it’s actually worse?  Not likely, though those same best-and-brightest may also feel pretty darned entitled. They sense that the cushion of privilege that surrounds them–their family’s class and race, their elite educational institution–is also a protective bubble.  The university’s typical way of handling these issues as “internal matters” confirms that sense. Said the student cited above,

The fact that we seem, to have one incendiary misogynistic act a year seems to say that the university isn’t being punitive enough against these large-scale activities.

True enough. What happens at Yale stays at Yale.

Another question arises when considering this incident: What about free speech? The guys didn’t physically assault anyone; all they did was chant vile slogans and hold up banners. Isn’t that protected? Didn’t the Supreme Court just hold that even Fred Phelps and his heinous minions had the right to chant incendiary things at a military funeral? Free speech extends to the most despicable of utterances.

But doesn’t that set the bar sort of low?

Besides, there are contradictory precedents, and some notions of free speech are at loggerheads with notions of hate speech, which is not protected. A more apt case might be the Court’s findings in a 2003 case, Virginia v. Black. In that case, the Court’s majority found that because cross-burning had a history as a “particularly virulent form of intimidation,” Virginia could prohibit that form of expression while not prohibiting other types of intimidating expression.  Even Justice Clarence Thomas argued that cross-burning is conduct, not expression, and therefore its suppression does not raise serious First Amendment issues. When it’s intended to arouse fear, speech may be more than speech: It’s behavior.

And that behavior creates a hostile environment on a college campus–one that cannot be remedied by better lighting, campus escorts from libraries, etc. Rather, it’s an educational equality issue: A hostile environment compromises women’s education.  These actions are the gender equivalent of cross burnings and nooses tied to tree limbs; they’re not harmless pranks.

The current Title IX investigation gets media ink because it’s Yale, and perhaps because the complaining students believe that the incident’s shock value can burst the bubble of entitlement and disturb institutional complacency. But such a flash in the pan, however mediagenic, can also displace or mute the sloggingly hard work in which many at Yale have been engaged for some time.

This is a complex cultural issue, an issue that requires sustained institutional commitment as well as flashes of outrage.  It’s not only about protecting vulnerable women and punishing misogynist creeps; it’s about changing campus culture. It’s about empowering women and eroding that false sense of entitlement among some men.

Other college guys get it.  As I did the research for my book, Guyland, I was constantly impressed by groups of men on campuses who are doing something about it, breaking that silence, challenging that bubble of entitlement that surrounds and shields the few whose actions so taint the many.  Last year, for example, I delivered the annual Sexual Assault Awareness Week lecture at Harvard and met with Harvard Men Against Rape, a campus group that included members of fraternities, finals clubs and the football team.  I hear regularly from groups of men on campuses around the country, like A Men’s Issue at Syracuse, Tufts  Collective for Men Against Violence, The Men’s Initiative at St. Norbert College and even reformist fraternities–just regular guys who are mobilizing to engage men against violence, assault and rape.

So where are Yale’s men?  (Yale Men Against Rape has been defunct for some time.)  In the immediate aftermath of that disgusting outburst, the President of the Yale College Council exhorted other Yale men to break that silence. So? Where are the voices of the legions of men who find the behavior of the few so repugnant that they feel a moral urgency to speak out?  Without breaking that silence and standing with their female classmates, the men of Yale are tainted by that same toxic brush. It makes the scene look polarized by gender–outraged women and complacent men–rather than outraged students and a few perpetrators.

“Bulldog, Bulldog, Bow Wow Wow,” begins the Yale fight song (penned, by the way, by Cole Porter, Class of 1913): “When the Sons of Eli break though the line, that is the sign we hail.”  Well, when these current sons of Eli break through that silence–the silence of the many that enables the few–that will be the time we hail.

Gay Bashing is About Masculinity