We Can All Fight #DoctorSexAbuse - Ms. Magazine
Skip to content

Dr. Meg Edison, a Michigan pediatrician, recently called on the American Medical Association to address sexually abusive doctors—something the group has not done before. 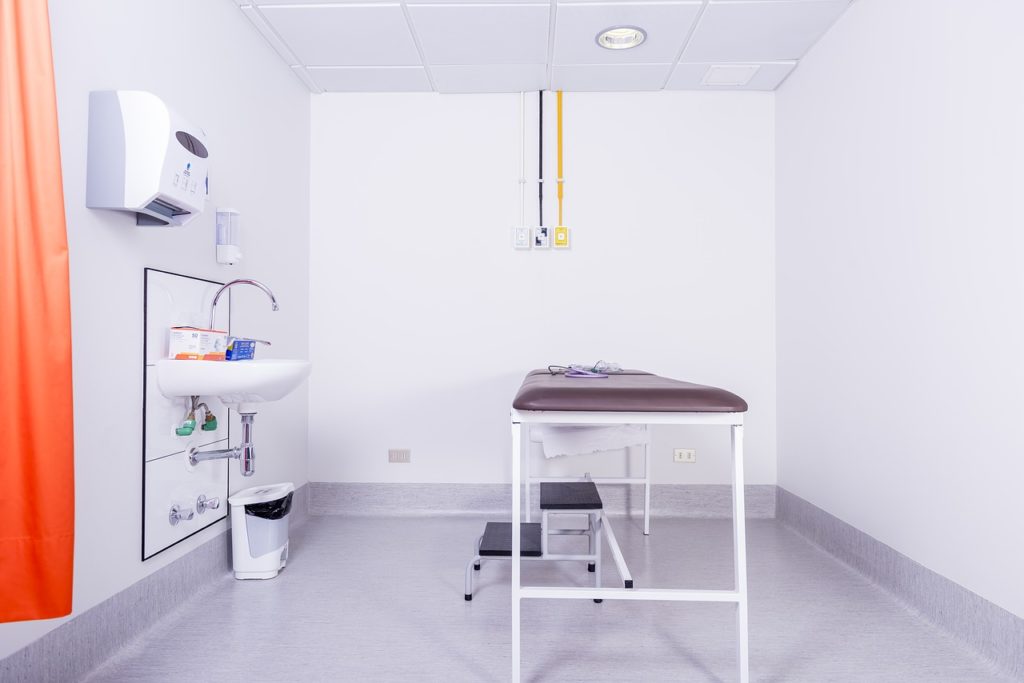 Resolution 243, presented at the group’s annual meeting in June, would require the AMA and state medical societies to adopt policies mandating that health care providers report sex crimes by doctors to the police. This is currently required in only 11 states.

As a survivor of abuse by an OB/GYN, I was shocked to learn about the weak protections in place for patients. Edison was too, when she discovered that a doctor in her practice had sexually abused an autistic patient. “Never, never in a million years would I have suspected my partner of 10 years capable of abusing a patient,” she told Ms. “We’d had so many in-depth conversations about many issues. It’s shaken my ability to judge truth to its core.”

In discussing what’s next for the #MeToo movement, New York Times gender editor and author of Feminist Fight Club Jessica Bennett recently called for a focus on prevention, arguing that consequences are not prevention. But without serious consequences for sexually abusive doctors, nothing will change.

The AMA only requires police reports when doctors abuse children. A 1989 directive prohibits “sexual or romantic interactions” with patients, but does not address forcible sexual contact. Police reporting should be required, argues Edison, because perpetrators often remain licensed to practice medicine. The doctor in her practice, for example, had his medical license suspended for just six months. No one in her practice ever suspected the abuse.

“This is an important thing for patients and doctors to understand,” Edison said. “These predators are incredibly good at what they do. Their entire life is a lie. We need to realize that we’re all being lied to.”

In response to Resolution 243, the AMA called for a working group with the Federation of State Medical Boards (FSMB) to consider how to address physicians who sexually abuse patients. This is an important step, but Edison’s work is far from done.

With the courage and leadership of doctors like Meg Edison, we can work to keep sexual predators out of examination rooms and to keep patients safe. She talked to Ms. about what doctors and patients can do to help close this loophole.

As a state medical society delegate, you were in a unique position to bring this resolution to the AMA. What can other doctors do to support this Resolution 243?

Organized medicine is a powerful tool for change, especially at the state level, where I focus my efforts. In researching sex abuse by healthcare providers and the Michigan loopholes that prevent sex crimes from being reported to police, I realized this was a national issue. We needed the AMA’s leadership. Although physicians are not the only healthcare providers who abuse patients, we must be out front on this issue as leaders of healthcare teams. Once the FSMB working group offers recommendations for changes at the state level, physicians in each state will need to take those to their state lawmakers to create the laws necessary to ensure justice and safety for patients.

You shared the betrayal you felt learning that your partner was abusing a patient. Looking back, can you offer any advice to peers who may be in a similar situation? What resources are currently available?

I don’t think there’s any way to be prepared for something like this. We hear about these cases in the news and somehow think we’d never “miss” the signs of an abuser. We silently judge the colleagues of the abusers for not seeing signs. The really scary and unsettling truth is that there are no signs. Predatory abusers are so good at what they do. Their entire life is a carefully constructed lie, so lying to their colleagues is very easy.

When evidence of abuse comes to light, it’s such a confusing, dark, heartbreaking betrayal, that it’s hard to think clearly. The most important step for physicians is to set feelings aside, and remember our calling and oath as physicians to heal and not harm, and report the abuse to the highest levels of authority both legally and professionally—meaning the police and the state board of medicine. Too often abuse is ignored, or reported to the lowest level of authority like a hospital system or supervisor. Criminal behavior only receives internal “boundary violation” sanctions allowing the physician to continue working and abusing.

Unfortunately, there really aren’t any physician-specific resources. The best resource I found was calling RAINN’s National Sexual Assault Hotline. They were helpful in providing local resources, explaining the legal definition of sexual assault and consent, how to report and lending a compassionate ear.

What role do medical schools or professional medical associations have in fighting physician-patient sexual abuse?

Most medical schools have a few lectures devoted to doctor-patient boundaries, but that’s about it. Education is key, and physicians are dedicated life-long learners. To date, there has been very little continuing medical education focused on the issue of physician sex abuse, understanding the legal definition of sexual assault, understanding consent and how to report colleagues. The Michigan State Medical Society is creating a continuing medical education program for our physicians. Other states could do the same.

When I first wrote you to thank you for your advocacy, I was struck by your comment that we are on opposite sides of the abusers: me as a patient and you as colleague and friend. Yet, we were both traumatized and trying to work this betrayal into something positive. As patients, what can we do to help advocate for stronger reporting requirements?

Changes in reporting requirements happen at the state level. The Atlanta Journal-Constitution has a helpful guide showing how well each state protects patients. If your state has loopholes and deficiencies, talk with your state representative and senators about the issue. Ask them to look into the problem and if they will be willing to sponsor legislation to strengthen reporting laws.

What else would you like people to know about this issue or specific advocacy initiatives?

This is an issue where physicians and patients can and should work together for a just and transparent system. The Nassar tragedy was a wakeup call in Michigan. When our Michigan physician delegates discussed changing our state reporting requirements, there was no debate. There was unanimous support, regardless of medical specialty, gender or age.

We all want to do right thing for our profession and our patients. We must work together on this issue.

Marissa Hoechstetter works in higher education development and advocates for survivors of sexual assault.
Carrie N. Baker, J.D., Ph.D., is the Sylvia Dlugasch Bauman professor in the Program for the Study of Women and Gender at Smith College. She is a contributing editor at Ms. magazine. You can contact Dr. Baker at cbaker@msmagazine.com or follow her on Twitter @CarrieNBaker.