When it comes to data about sexual harassment in the workplace, more is better. In order to have a better chance at eliminating workplace harassment, a greater amount of nuanced information is needed to understand the role of gender in relation to the type of setting in which sexual harassment is reported.

In the era of the #MeToo movement, this data is more imperative than ever—although much of it may seem unsurprising. According to a new report from the Women’s Initiative at the Center for American Progress, for example, women are more likely to report sexual harassment than men. But this data does illustrate an aspect of the fight to end such behavior in the workplace that feminists have long echoed: that it’s the patriarchy which lies at the root of a cultural epidemic of sexual misconduct. 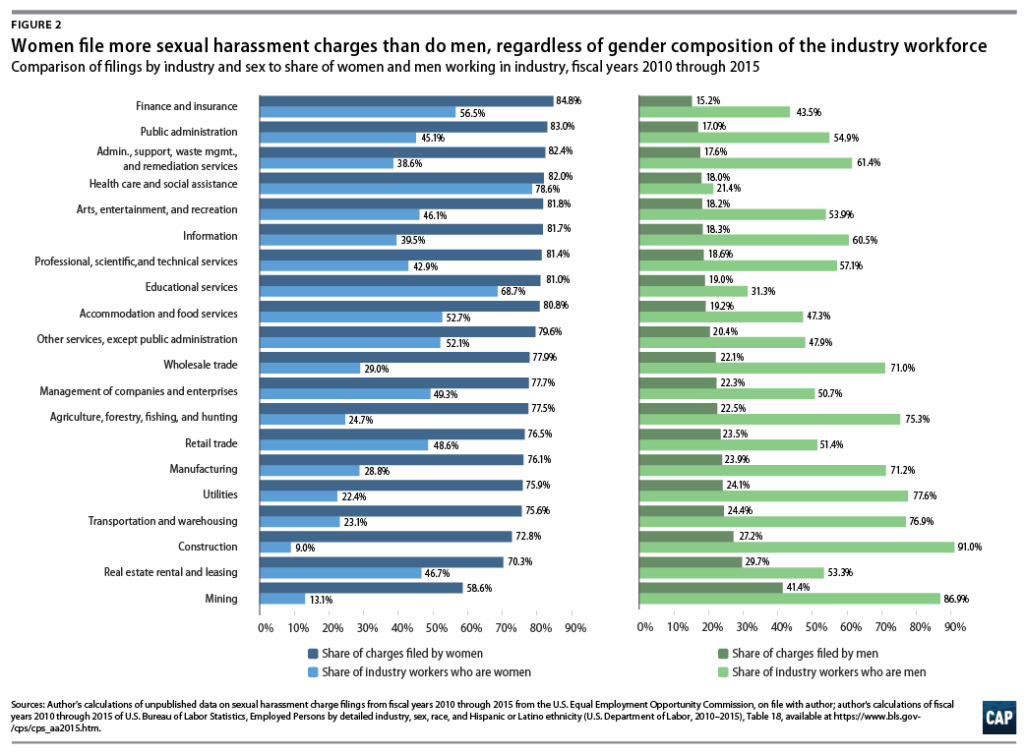 In environments dominated by men, patriarchal norms can run rampant, meaning that sexual harassment instances could skyrocket. This confirms what so many people already intuitively know: the more misogynistic behavior is ignored and/or encouraged, the more frequently it will happen.

Because industry information was not available for every charge, the data has limitations. Nonetheless, it does offer a unique snapshot that can provide some initial insights and inform future research. Overall, women and men file sexual harassment charges across all industries. The bulk of the charges are filed by women and vary by industry.

The data suggest even starker differences between women and men in their reporting of sexual harassment, when the rate of reporting is calculated to take into account the actual percentage of women and men working in that particular industry. For example, the data show that women—who constitute less than one-quarter of the transportation industry workforce—were 10 times more likely to report sexual harassment to the EEOC than men in the transportation industry.