Telling the Stories That Need Me: On Meeting and Making Máxima - Ms. Magazine
Skip to content

A few weeks ago, I received a phone call from my mother asking me to come back home after graduation to Lima, Peru. (I moved out when I was 14 with a fervor to pursue filmmaking in Los Angeles.) The phone call chronicled what I have been hearing for the past eight years: I’d have a secure job at my dad’s company if I moved back, and I had made a huge mistake in choosing to pursue film.

Even after all this time, my own family does not accept my passion, my choice and—most of all—me. As a filmmaker who’s not only a woman, but also one of color, I’ve spent a lifetime fighting to prove myself to other people. It’s this fight that has marked the stories I tell and will continue to tell.

My vision always narrows in on fighters. 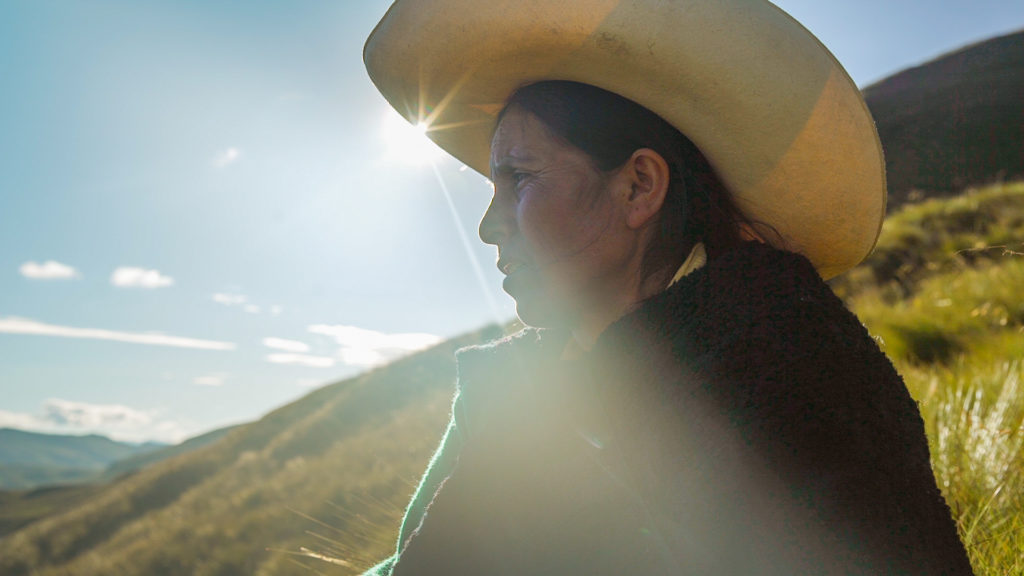 During my third year of college, I decided to pack my bags and go back to my homeland in search of a story that I had long waited to tell. With no major television or production company behind me, I embarked on the quest to discover the life and fight of Máxima Acuña Atalaya—one of the most talked about and emblematic characters in Peru’s national news for over five years. The first time I saw Máxima was during a protest that took place in the province of Cajamarca in 2011; with her right hand balled into a fist and a white sombrero on her head, this 4ʼ 5” woman denounced the human and environmental crimes committed by Yanacocha, the biggest mining corporation in Latin America.

I thought I was going to tell a story about how mining companies like Yanacocha use their corporate power to shut down farmers like Máxima, but the minute I stepped into her house and spent a night with her and her family, I knew no one in this world would ever convince her to leave the place she calls home. I could feel the love that she had and has for her little piece of land.

From there, the film took its own shape—and became a story of resistance instead of oppression. 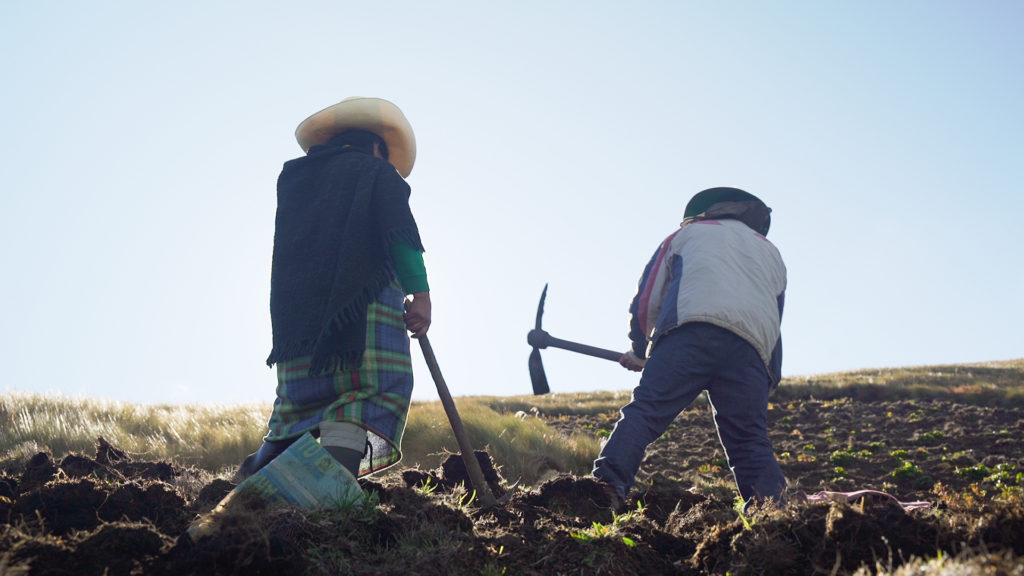 Moments like these are unique, and they are reminders that you are dealing with something purely real when you produce documentary films. People unveil and entrust their deepest secrets to you, a complete stranger, when you’re working to tell their stories. That’s why, as a filmmaker, I thrive to deliver an honest presentation of the story and the characters. You owe your film nothing but the truth.

At the start of my formative years during college, I had struggled to find my voice as a Latina filmmaker. On a predominantly white campus, I feared that by showing Latino characters or Latino influences in my films, other students or even professors would not appreciate it.

The first two films I ever did featured white protagonists—ones I ended up choosing by default, the normative you’ll often see in Hollywood films. As I became more involved in social organizations, and developed a bigger community around me, I started asking myself why. Why was I so afraid? Why did I have to align to the normative? Why couldn’t my stories or my characters reflect who I am?

I realized it was my job to make my own normative. If we really want to see a change in the way movies portray Latinx people and communities, I realized I had to take an active role in making sure I provided representation and voices to those who share my own culture and heritage. 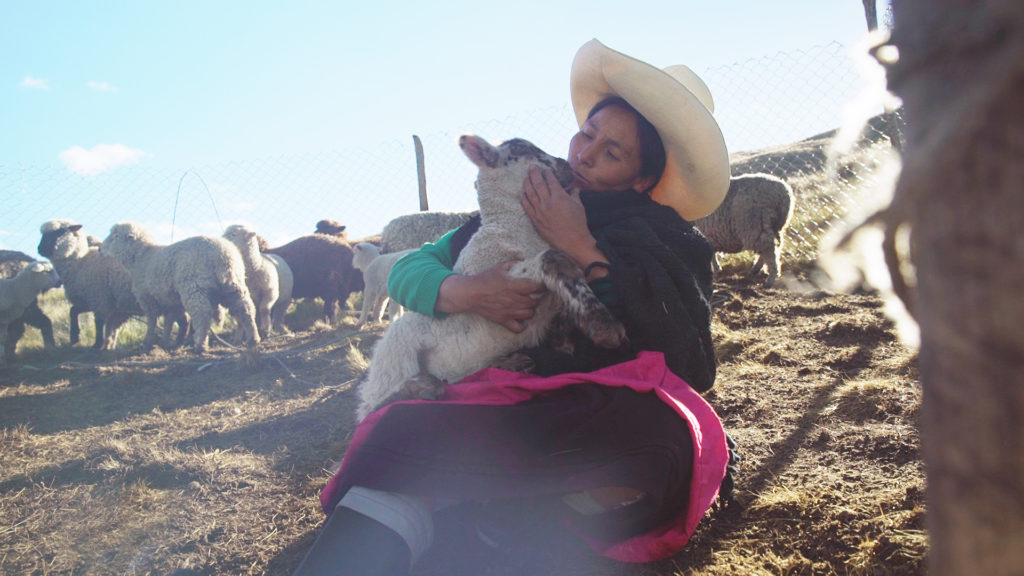 Even though we came from different backgrounds, I talked to Máxima on that trip woman to woman about what is like to fight for something you love when you have all the odds stacked against you. She became a true inspiration to me—someone with so much courage and determination, engaged in a legal battle against one of the richest companies in the world without being able to read or write. There might be only one Máxima, but women enduring similar conflicts are many.

After I told Máxima’s story, I realized that my connection to the film was stronger because what was inside of it represented me. Making a film about Máxima was just the beginning of my journey to give voice to those that are often unheard of—to make stories that need me.

Mariel Sosa, a Peruvian Director and Photographer, was born in 1996. Since a young age, Sosa entered the world of documentary and narrative filmmaking, shooting and editing her own content on the go. She recently completed a Bachelors degree in Film Production and Art History at Loyola Marymount University in Los Angeles, California, a city she now calls home. During her college years, she worked for London Alley Entertainment, a music video production company that features artists such Kendrick Lamar, Ariana Grande, Ed Sheeran, etc. During that time, Sosa also worked and produced several independent short films, video clips, and documentaries. Her first documentary, Phantasiaman, produced in Germany, brought her international recognition and was screened in Seattle at the largest youth film festival in the world.