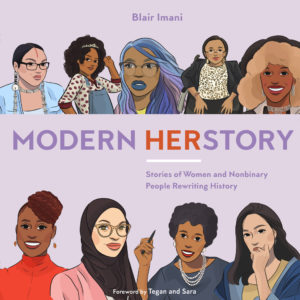 Modern HERstory, is an inclusive and intersectional approach to women’s history featuring profiles of 70 women and non-binary champions of progressive social change.

Despite making huge contributions to the liberation movements of the last century and today, the trailblazers featured in the book come from backgrounds and communities that are traditionally overlooked and under-celebrated—not just women, but people of color, queer people, trans people, disabled people, young people and people of faith.

Authored by rising star activist Blair Imani, Modern HERstory tells the important stories of the leaders and movements that are changing the world right here and right now—and will inspire you to do the same.

Below, in an exclusive excerpt for Ms. readers, are five of those stories. 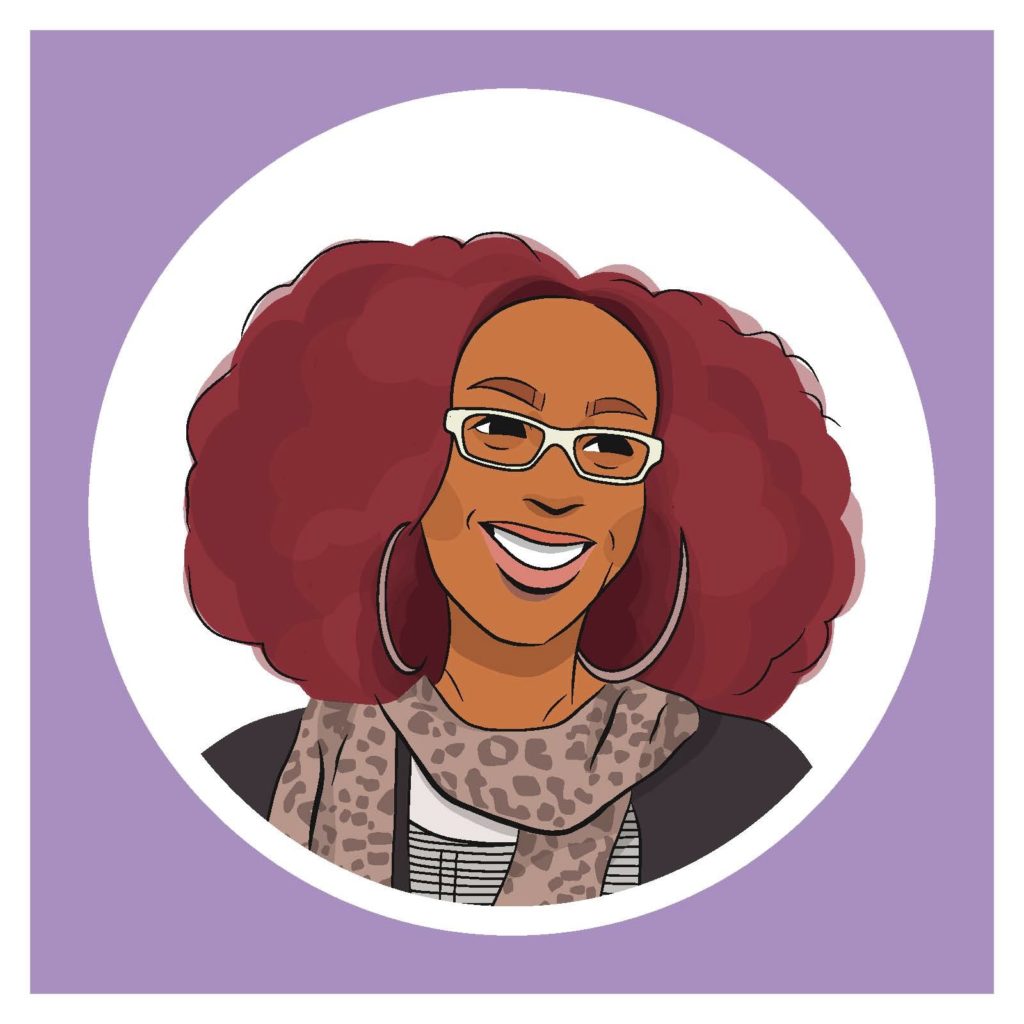 Feminista Jones is a mental health social worker, sex- positive feminist writer, public speaker and community activist. She was born in 1979 in Queens, New York and grew up in the Bronx. After earning her undergraduate degree at the University of Pennsylvania, Feminista went on to study social work at Hunter College in New York City. She grew up in similar conditions to those of the people she works with and advocates for. She is also a mother, a mentor to girls and women and an outspoken advocate for people living in poverty and experiencing homelessness and those living with psychiatric disabilities. Feminista is an award- winning blogger and author of the acclaimed novel, Push the Button. She has presented and lectured at various conferences and universities on feminism, black liberation, rape culture and digital media organizing. Today, Feminista continues to use grassroots and digital organizing tactics to bring awareness about issues of gender- based violence, gun violence and anti- black racism. 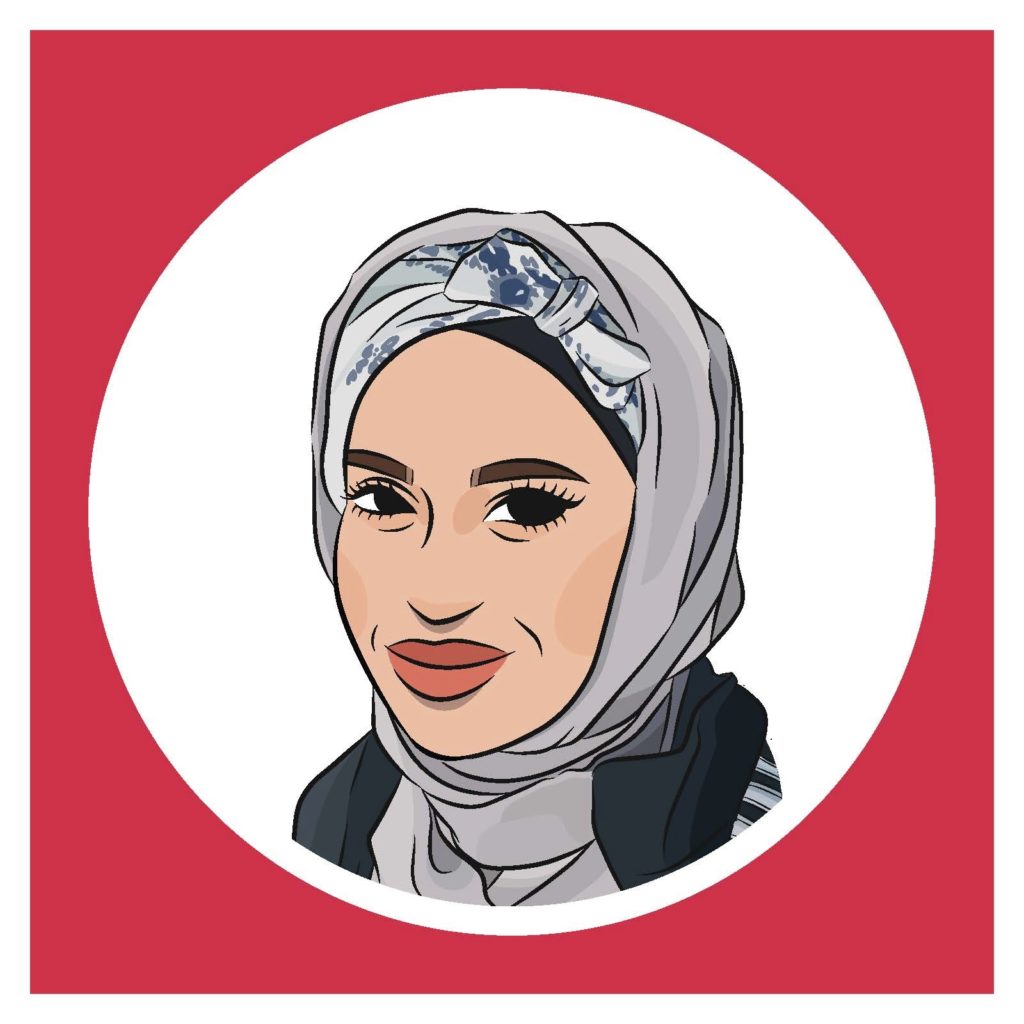 Rapper, poet and feminist Mona Haydar was born on May 18, 1988, into a large Syrian American family in Flint, Michigan. In 2017 Mona revealed herself to be a skilled rapper with the debut of her hit single, “Hijabi.” Through the lyrics, Mona uplifts Muslim women around the world who choose to wear hijab. Within days of its release, the single earned over a million views on YouTube and another million on Facebook and Mona emerged as a visible feminist Muslim woman dedicated to uplifting all women in the face of hatred and sexism. “Hijabi” represents Mona’s approach to music: her lyrics challenge stereotypes about Muslim women and investigate the supremacy of patriarchy within Arab culture and faith traditions. Mona continues to break the stereotypes typically assigned to Muslim women and shatters the boundaries of the music industry by being a woman addressing spiritual top-ics in a male-centered and secular industry. 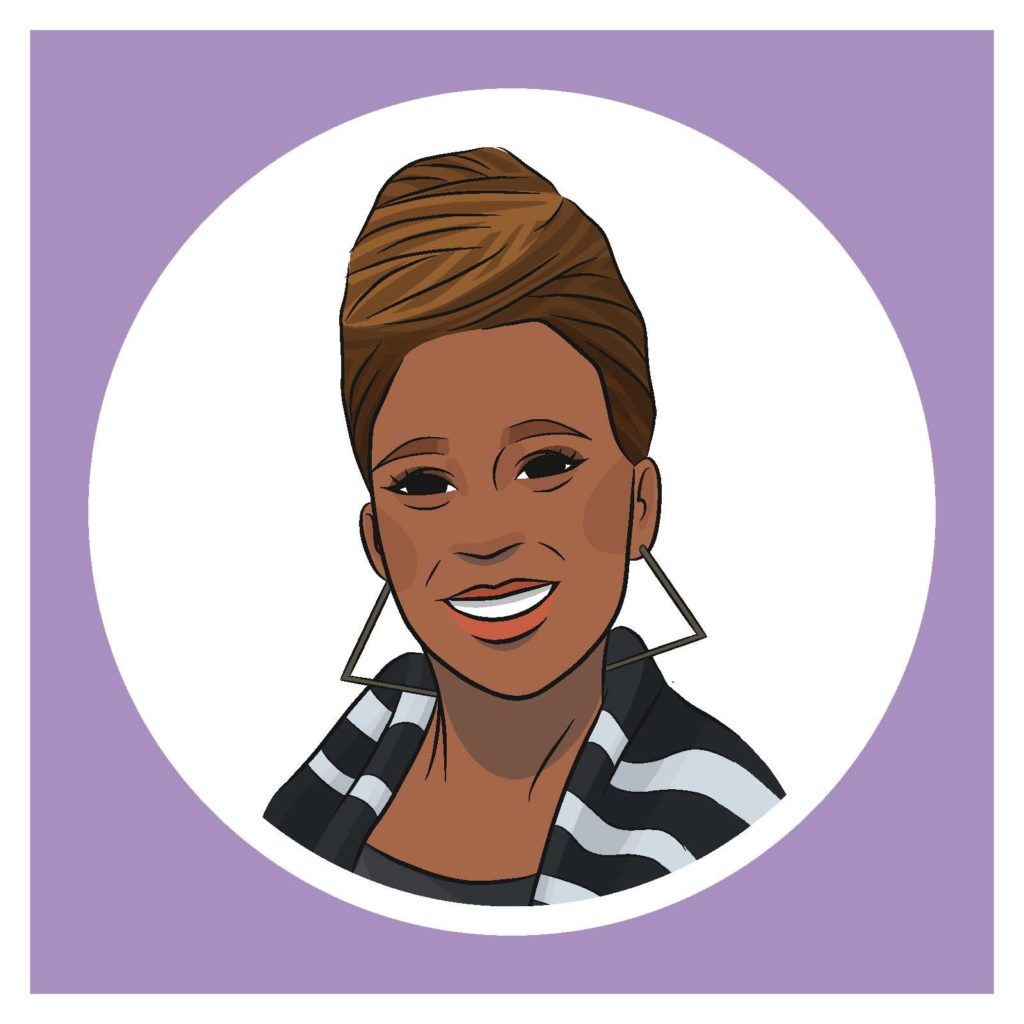 Black legal scholar, feminist and educator Kimberlé Crenshaw is a leader in the fields of civil rights, black feminism, legal theory, race and the law. Her work has been foundational in two fields of study that have come to be known by terms that she coined: critical race theory and intersectionality. Born in 1959 in Canton, Ohio, Kimberlé earned her undergraduate degree at Cornell University and went on to earn her juris doctorate at Harvard in 1984. In 1985, she earned a master of laws at the University of Wisconsin. Already an accomplished legal scholar, in 1989, Kimberlé penned the essay, “Demarginalizing the Intersection of Race and Sex” wherein she detailed the theory of intersectionality. Kimberlé Crenshaw has changed the way we approach social justice advocacy. The idea that individuals face multiple forms of oppression at the same time continues to inform the approach of count-less activists who incorporate academic research on social inequality into their organizing strategy and employ coalition building, or bringing multiple groups together, to fight institutional barriers. 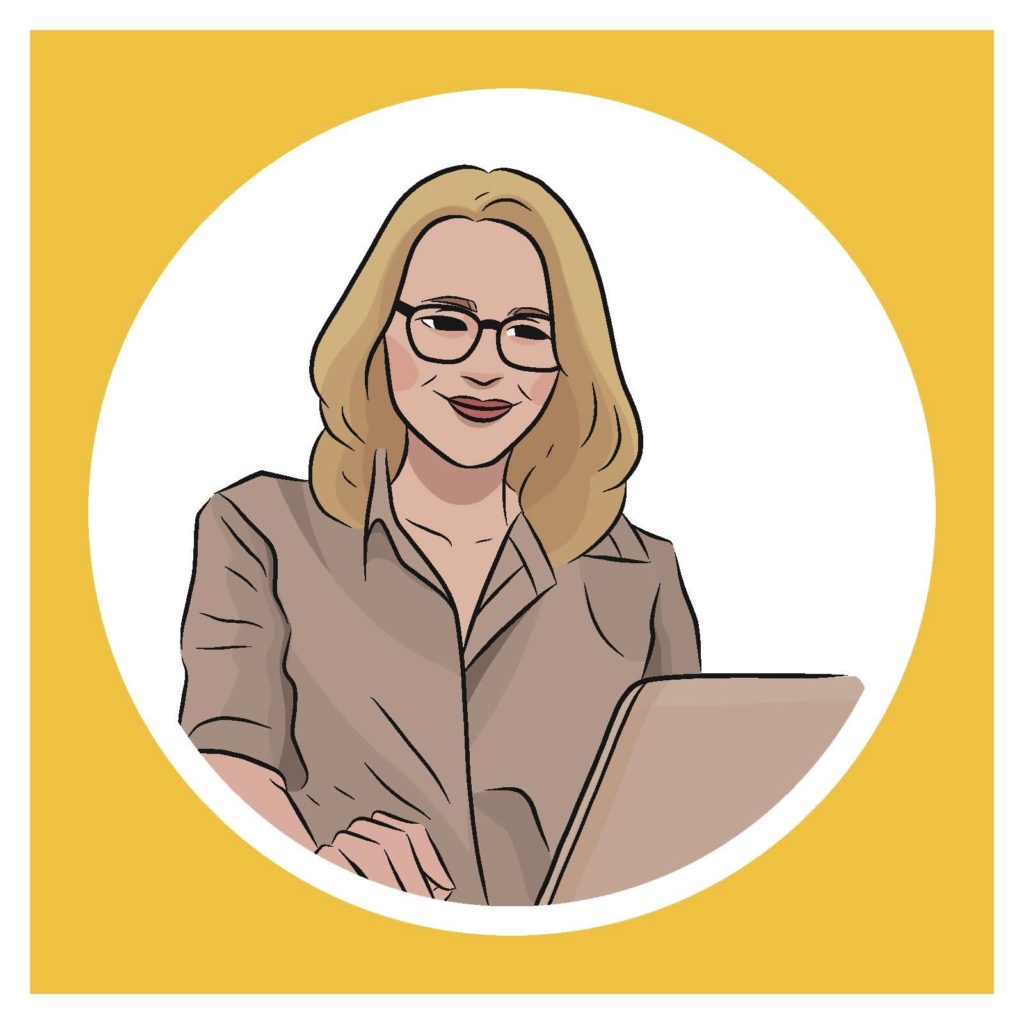 Shannon Coulter was born on October 21, 1971, in Fort Wayne, Indiana and grew up in San Francisco, California. When she was seven, Shannon began to demonstrate a knack for leadership and community organizing when she created an all- girls club called the Ladybugs. The mission of the club was to pick up trash from the forest floor, though given the young age of the members, equal time was spent executing the club’s mission and playing tag. But it was a formative experience and her first work as an activist and as a steward of nature. On October 11, 2016, in the wake of the release of vulgar statements made by Trump, Shannon put her marketing skills to work by launching the #GrabYourWallet movement to boycott retailers selling products from the various companies owned by Trump and his family. The hashtag exploded on social media, boasting impressions in the billions. 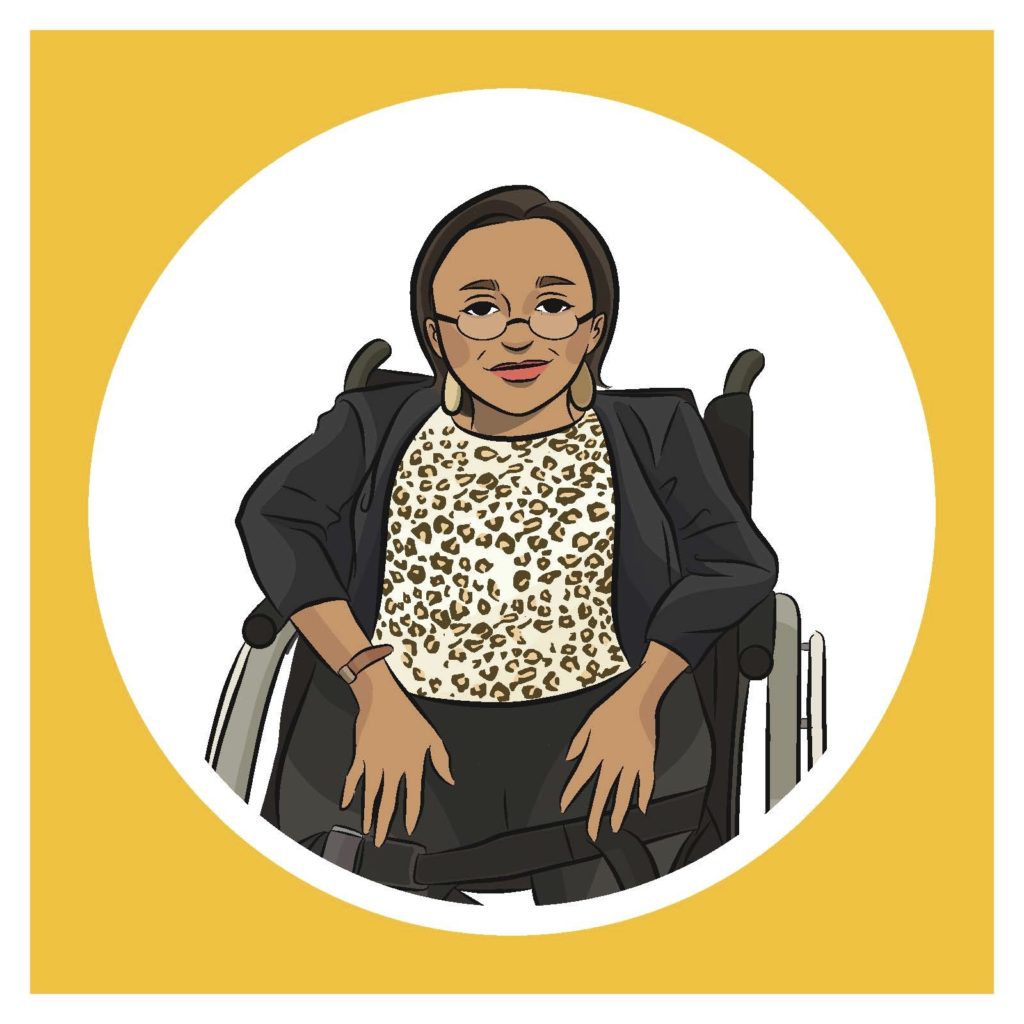 Vilissa Thompson was born on September 17, 1985, in Columbia, South Carolina. Vilissa is a social worker, educator and a prominent leader promoting self- advocacy and empowerment among people with disabilities, especially black disabled women. During fetal development, Vilissa was diagnosed with osteogenesis imperfecta, better known as brittle bone disease, which affects her bone development and height. Around the age of five, Vilissa got her first wheelchair and at thirteen, she was diagnosed as hard of hearing. Growing up with a disability, Vilissa saw very few disabled black women in the media, which made her feel erased by society. As conversations about diversity spread online in 2016, Vilissa called the disability community to account with the creation of the viral hashtag #DisabilityTooWhite. This online campaign shed light on the lack of diversity within the disability community and the way this lack of representation prevents disabled people of color from feeling validated and accepted. Through education and the use of digital tools, Vilissa continues her commitment to making the visibility of diverse disabled experiences a permanent reality.