Feminists Sound Off on This Week’s Progress for Paid Leave – Ms. Magazine
Skip to content

Most nations in the world offer some form of paid leave—but the U.S. doesn’t leaving over 80 percent of workers with little financial recourse if they must take time off to care for a new child or a sick family member. Out of the 41 nations that belong to the Organization for Economic Cooperation and Development (OECD), the U.S. is the only country that does not provide some form of paid leave.

The Family and Medical Leave Act (FMLA) instead currently provides workers with up to 12 weeks of unpaid leave, and only 60 percent of Americans can access even that, due to limitations on the number of employees a business has. All told, only about 19 percent of workers in the U.S. have access to paid family leave.

This week, feminists scored a hard-won victory in this arena: Speaker Nancy Pelosi and Rep. Carolyn Maloney succeeded in expanding paid leave coverage for federal employees, inserting a provision providing 12 weeks of paid parental leave into the current defense authorization bill. “If this agreement is signed, it would be a victory for 2.1 million workers,” Maloney observed. “Parents would finally be able to have a child without worrying about their paychecks coming to a halt.”

President Trump is indeed expected to sign the bill—but advocates were quick, in their response to the measure, to highlight his administration’s hypocrisy on the issue.

“While we are thrilled for the more than two million federal employees who will now have limited paid leave, we are disappointed—not just by how limited this paid leave is, but also by reports that the White House demanded funding for President Trump’s Space Force in return for supporting this measure,” Ruth Martin, the Vice President of Workplace Justice Campaigns at MomsRising, said in a statement. “Paid family and medical leave is an urgent national priority and should not require trade-offs in order to advance.”

“To be clear, this is just a start,” Kristin Rowe-Finkbeiner, executive director and CEO of MomsRising, said in the same statement. “Working people need much more than paid parental leave, they need paid family and medical leave. Three in four workers in this country who take leave do so to address their own serious medical conditions or those of family members, and this measure will do nothing to support them. Federal workers, like all working people, need comprehensive paid family and medical leave.” Rowe-Finkbeiner called on Congress and the Trump administration to next pass the FAMILY Act, a bipartisan paid leave proposal that would cover all workers.

“This decision is a powerful step in the right direction that, if enacted, will benefit millions,” Dr. C. Nicole Mason, president and CEO of the Institute for Women’s Policy Research, said in a statement. “However, for the millions more working outside the federal government, more work is needed to ensure they can benefit from a similar paid parental leave policy. The new agreement should be a guiding light for the private sector. The ability and economic security to care for a child should not be a luxury afforded only to a select few. We need to continue fighting for the basic rights, dignity and economic security of working people everywhere.”

That fight did continue, and immediately: The House Committee on Oversight and Reform, which is chaired by Maloney, explored the critical lack of paid leave for employees across the country today in a hearing, with committee members and witnesses calling for comprehensive national paid family and medical leave policies.

“I remember when I was pregnant with my first child, and I asked about my office’s leave policy,” Maloney said in her opening remarks during the hearing. “Do you know what they said? They said: ‘Leave? What leave?  Women just leave.’ I said that I didn’t intend to leave, and the response was: ‘that’s never happened before.’ That was an unacceptable answer for me then, and it is an unacceptable answer now for families across this country.”

Rep. Rosa DeLauro (D-CT) delivered key testimony about the Family and Medical Insurance Leave Act (FAMILY Act)—which would create a national paid family leave policy and establish an Office of Paid Family and Medical Leave within the Social Security Administration that would provide covered caregivers with a monthly payment that would be 66 percent of their income, and of which she is the sponsor.

Jacqui Silvani, a special education teacher, opened up to the committee about the financial and emotional hardships her family experienced when her three-year-old son was diagnosed with cancer, and she had to take unpaid time from her job to care for him.

Aaron Seyedian, owner of Well Paid Maids, a small business that offers paid leave to its’ employees, asserted to lawmakers that it is possible for business owners to provide leave without undue financial hardship.

“I applaud the persistence with which Speaker Pelosi, Chair Maloney, and Congressmember Rosa DeLauro are leading the fight for paid family and medical leave,” Eleanor Smeal, president of the Feminist Majority Foundation, said in a statement. She also called on activists to remain persistent: “We must win this fight for paid family and medical leave for the millions of workers who must take time away from the workforce because of the healthcare needs of their families or themselves,” Smeal concluded. “No one should have to choose between putting food on the table and caring for a new child, sick family member or their own health.”

“While paid leave is picking up visibility and momentum, details matter,” Dawn Huckelbridge, director of Paid Leave for All, said in a statement. “Paid Leave for All is championing a comprehensive and affordable plan that covers all working people and provides time away from work for caregiving, no matter where you live or work or whom you love. We need an evidence-based program that’s sustainable and builds on the models already operating in multiple states. We know that an inclusive paid leave plan is supported by voters on both sides of the aisle, that it boosts bottom lines for businesses and that our current laws aren’t keeping up with the needs of our families or a 21st century economy.”

Ellen Bravo and Wendy Chun-Hoon, co-directors of Family Values @ Work, echoed the sentiment in another statement. “While we’re grateful to our movement and those in the House and Senate who pushed hard and kept paid leave on the table throughout the negotiations, there is still much left to do to ensure that all workers nationwide have access to comprehensive and inclusive paid family and medical leave,” they observed. “This small step is motivation to continue this fight until all workers across the country can be there for family regardless of where they live, work or who they love.”

Carmen Rios is a feminist media-maker and movement-builder. She's currently a Consulting Editor at Ms. and the host of Bitch Media's Popaganda podcast, and was previously the Managing Digital Editor at Ms. and the Feminism Editor, Community Director and Social Media Co-Director at Autostraddle. Her work has also been published by outlets like the Atlantic's CityLab, BuzzFeed, ElixHER, Feministing, Girlboss, Mic, MEL and Everyday Feminism; and she is additionally a co-founder of Webby-nominated Argot Magazine. You can find her on Twitter @carmenriosss. 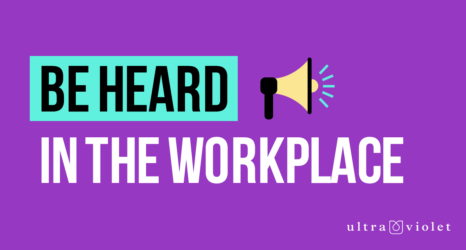 Activists and House Lawmakers are Demanding That Women Workers BE HEARD 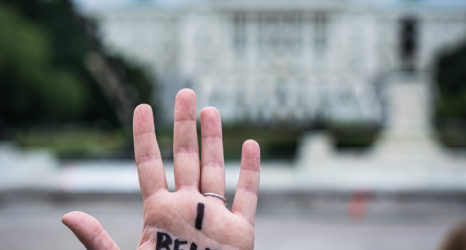 Anti-Violence Advocates are Calling on Senators to Re-Authorize VAWA