“Backlash only comes when real progress is made, so the fact that so many misogynists are pushing back against women’s progress means that we have made substantial gains.”

Despite tremendous media coverage of the upcoming recall election of Gov. Gavin Newsom in California, one aspect of this political struggle that has barely registered in California or nationally is the women’s rights work and leadership of Jennifer Siebel Newsom, the first partner of California.

In a Ms. exclusive interview, contributing writer Jackson Katz, a long-time colleague and collaborator of Ms. Newsom, asked her about her gender justice advocacy work both in and outside of the Newsom administration—and her unfinished agenda.

Jackson Katz: Your decision to call yourself the “first partner” was a bold move. California is the nation’s largest and most populous state. It’s incredibly ethnically and racially diverse. It’s also home to Hollywood and Silicon Valley and many other nationally and globally important industries. Cultural trends that start in California often spread across the country.

Do you think this is a trend that can catch on elsewhere? Are people around the country ready for gender equality?

Jennifer Siebel Newsom: The title of ‘first partner’ is a statement of Gavin’s and my shared values. It’s a demonstration of our commitment to gender equity and inclusivity—values that go to the heart of our 21st century partnership and who we are as a state.

The change is also an intentional shift to reimagine the role of a governor’s spouse altogether—as a partner who supports their spouse’s work in service of the public—just as it advances a new vision for what leadership could look like if we dismantled limiting gender stereotypes that hold women and other marginalized communities back. In this sense, the title First Partner aims to inspire and reimagine the bounds of partnership and leadership.

The overwhelming majority of people around the country are ready and fighting for gender equality in their homes, places of work, and government. It is absolutely my hope that this title is adopted widely—it has already caught on in California with the spouse of our lieutenant governor.

“The title of ‘first partner‘ … advances a new vision for what leadership could look like if we dismantled limiting gender stereotypes that hold women and other marginalized communities back. … It is absolutely my hope that this title is adopted widely.”

Katz: Many people are aware that in addition to your role as first partner, you are also a documentary filmmaker and women’s rights activist. But not everyone knows the details of your work apart from politics.

Your first film Miss Representation (I appeared as an interview subject in this and other of Ms. Newsom’s films) is about the multiracial representation of women in media, and how the persistent sexual objectification of women in entertainment culture undermines women and girls’ sense of strength and competence in areas apart from their physical appearance. It features the voices of many women and girls across the ethnic and racial spectrum speaking about their experiences, as well as high-powered women (and men) in media and politics. The film is esteemed in educational circles and is widely used in the U.S. and around the world.

Can you explain why you made the film, and what you see as its impact?

Siebel Newsom: My ‘Miss Representation’ journey began when I was 28.

I moved to Hollywood after graduating from Stanford School of Business to pursue a career in entertainment. But when I arrived, I realized I was enmeshed in an industry where the disrespect for and extreme sexualization of women and girls was the norm—and that this industry not only informed cultural values but also cultural norms—making it that much harder for women to achieve leadership positions. Once I understood this problem, I couldn’t imagine raising a daughter in this world that demeaned, ridiculed and objectified women and girls. And so I began my career as a documentary filmmaker and social justice advocate to inspire a better world for future generations.

‘Miss Representation‘ shines a light on how the media holds women back—telling countless women and girls that they are not enough and that their main value lies in their youth, beauty and sexuality, and not in their talents and capacity to lead. Deep down I knew this was a lie. And in making this film, I discovered my voice and my power—something I hoped the film would inspire for other women and girls.

Fortunately, ‘Miss Representation‘ launched a national conversation on this topic over a decade ago, shifting attitudes and behavior and transforming cultural norms. As a result, mainstream media has improved in terms of gender and race representations, both in front of and behind the scenes, but we still have a long way to go.

Social media has made the issues of hyper-sexualization, body shaming, dysmorphia, eating disorders, lack of confidence, and lack of leadership even worse for young girls. This is why we are making ‘Miss Representation 2 ‘for a new generation of girls who face similar challenges.

“The media holds women back—telling [them] they are not enough and that their main value lies in their youth, beauty and sexuality, and not in their talents and capacity to lead. … I couldn’t imagine raising a daughter in this world that demeaned, ridiculed and objectified women and girls.“

Katz: Your follow-up film to Miss Representation was The Mask You Live In, which is about the harm caused by narrow definitions of “manhood” and the cultural straightjacket boys of all racial and ethnic backgrounds grow up with.

Two of your four children are boys. Are there ways in which being a mother of boys has provided you with insights into the challenges faced by boys and men in an era of feminist transformation?

Siebel Newsom: I made ‘The Mask You Live In‘ when I was expecting my first son because I knew that he was being born into a world where he would face tremendous pressure to conform and try out different types of masculinities. It was really important to me to nurture and raise a son who could be his authentic self. This film addresses how our culture has institutionalized masculinities in ways that box boys and men in, and provides tools for overcoming limiting masculinities.

Being a mother of boys has reinforced for me the fact that media and peer culture are profoundly influential in conveying narrow notions of toxic masculinities. As a parent of boys, I know firsthand how difficult it is to cut through the clutter of performative masculinities that my boys face every day. It is vitally important that parents counter these messages so that all boys can grow into whole human beings who thrive as their fully realized emotional selves.

Katz: The Newsom administration has pursued a very progressive gender equity agenda. Your husband describes himself as a feminist. Can you talk about some of the policy initiatives he and you have championed that help working families by advancing gender equity?

Siebel Newsom: Gavin has been a long-time ally and advocate for gender equity, and I am incredibly proud of this administration and the work we’ve done together to champion policies that directly advance gender justice and women’s rights.

Additionally, Gavin took extraordinary steps forward this year to make universal pre-K a reality for California families. These are all crucial policy victories with life-sized impacts for both women and working families.

Katz: You made a documentary in 2019 entitled The Great American Lie, which addresses income inequality and the gendered value system that puts poor and working-class people, especially women and people of color, at a terrible disadvantage in terms of their life chances.

What sorts of policy initiatives have you or your husband promoted that address income inequality, and what initiatives are we likely to see in coming years?

Siebel Newsom: Gavin and I are deeply committed to opening the door of opportunity to all California families.

As the parents of four young kids, Gavin and I know that bold investments in children from the earliest of ages have a tremendous impact on the trajectory of their lives. To ensure children’s success inside and outside of the classroom, Gavin made universal free meals in schools—two meals a day—standard in California. He has worked to transform public schools into the kind of complete campus every parent would want for their child by investing in wraparound services—from mental health support to social and family services, to tutoring and other after-school programs.

In addition to the above—and acknowledging that the pandemic and income inequality don’t impact everyone equally—Gavin and this administration prioritized COVID-19 relief and recovery measures to provide families hardest hit with crucial lifelines. California is providing the biggest state tax rebate in American history—direct assistance cash payments to nearly two-thirds of Californians who qualify for a stimulus check of at least $600. Families with kids will receive an additional $500. We also allocated $5.2 billion to help low-income renters cover 100 percent of their back-rent, plus another $2 billion for past-due utility bills.

And as a state whose identity is shaped by the contributions made by immigrants, Gavin was proud to sign legislation expanding the full-scope MediCal eligibility to low-income adults up to age 26 and adults over 50, regardless of immigration status.

These are truly groundbreaking policy victories that will ultimately put the California Dream within reach for more families.

Katz: Over the past number of years there has been a rising backlash against women’s progress both here in the U.S. and internationally. Right-wing governments around the world—including right here in the U.S.—have been rolling back feminist gains on everything from reproductive rights to pay equity.  Men’s violence against women continues to be an enormous problem.

What do you see as some of the top priorities for Californians and people around the country who care about gender justice?

Siebel Newsom: I see a silver lining to this backlash, which is very real. Backlash only comes when real progress is made, so the fact that so many misogynists are pushing back against women’s progress means that we have made substantial gains.

With that said, we have a long way to go in terms of valuing women—especially mothers—and what they do. My priorities are closing the persistent gender wage gap, especially for women of color, and bringing greater recognition to the paid and unpaid care work women carry out—whether at home or in health care or educational settings.

Women are the backbone of our families, communities and economy. It’s time we recognize their incredible contributions to our society.

Jackson Katz, Ph.D., is internationally renowned for his pioneering scholarship and activism on issues of gender, race and violence. Katz has long been a major figure and thought leader in the growing global movement of men working to promote gender equality and prevent gender violence. He is co-founder of Mentors in Violence Prevention (MVP), one of the longest-running and most widely influential gender violence prevention programs in North America and beyond. He is the author of two acclaimed books and creator of the award-winning "Tough Guise" educational documentary series. He is also the creator of "The Man Card: White Male Identity Politics from Nixon to Trump" (2020). His TEDx talk, "Violence Against Women Is a Men's Issue," has nearly 5 million total views. 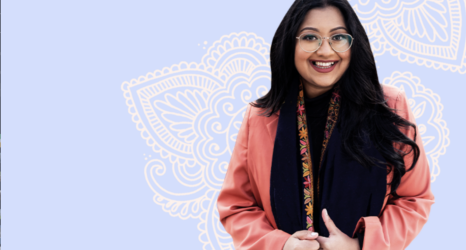 A Historic Win for Brooklyn’s First Muslim Woman Elected to NYC Council, Shahana Hanif: “This Seat Has Only Been Held by White Men”