Since the Jim Crow era, states have flouted the Constitution by enlisting private citizens and organizations to do the “dirty work” of enforcing laws that violate fundamental rights. Texas has been a notable offender.

In 1927, for example, when no longer permitted to exclude Black Americans from primaries, it enacted a law delegating the power to establish qualifications for electoral participation to political parties; in Fort Bend County, political organizations were permitted to run private, pre-primary elections to cut Black voters out of the candidate selection process. The Supreme Court determined that these systems were unconstitutional more than 50 years ago.

Texas lawmakers have resurrected this tactic once again—not only in the context of voting rights, but they’ve expanded it to shut down abortion access, too. Texas’s S.B. 8, the state’s near-total abortion ban, went into effect on the same day that S.B. 1, an omnibus voter suppression package, was passed by both chambers of the state legislature. The parallels between these laws extend well beyond their synchronized timelines.

S.B. 1 and S.B. 8 are linked not only in their tactics but also in a larger anti-democratic power play.

Each law hands over an aspect of what would traditionally be the state’s enforcement power to civilians, creating and empowering a type of citizen vigilante. S.B. 8 does this by creating a bounty system in which “any person, other than an officer or employee of a state or local governmental entity in this state” may be awarded a minimum of $10,000 for successfully suing an abortion provider or anyone who “aids and abets” someone getting an abortion after six weeks of pregnancy.

S.B. 1, meanwhile, expands the authority of partisan poll watchers by giving them “free movement,” while also imposing criminal penalties on election workers who try to regulate poll watcher conduct. For example, even if an election worker receives several complaints that a watcher is harassing and intimidating voters, S.B. 1 prohibits removal of the watcher from the polling place unless the worker witnesses a violation of election law or the watcher has breached the state’s penal code. In combination, these provisions limit poll workers’ ability to ensure peaceful elections and open the door to widespread harassment and intimidation of voters and poll workers alike.

The two laws further share the commonality of penalizing the provision of assistance to those exercising a constitutional right. By allowing private citizens to sue anyone they suspect of providing or helping a person access abortion care, S.B. 8 creates liability for abortion providers and myriad others, whether that be neighbors, family, rideshare drivers or members of the clergy. And S.B. 1 makes it more difficult for voters—especially those who have limited English proficiency, disabilities or less formal education—to receive assistance. In fact, the law makes accepting compensation for assisting voters a jail-able felony.

Another similarity between the laws is the purposeful imposition of restrictions that make exercising the right in question more time-consuming and inconvenient, and therefore more expensive and out of reach. S.B. 8 has pushed the majority of people seeking an abortion to find care outside of Texas, adding long distance travel to the list of direct costs, as well as a cascade of collateral costs like lost wages, time away from work and childcare—all expenses that are felt most acutely by low-income and Black and brown Americans.

Similarly, S.B. 1’s ban on 24-hour early voting and drive-thru voting prohibits some of the most accessible options for low-wage workers and others who have limited flexibility.

Increasing logistical burdens to decrease access is in both the anti-abortion and the voter suppression playbooks. Mandatory waiting periods, physician admitting privileges and hospital proximity requirements function similarly in the reproductive care context as do voter ID laws, polling place consolidations and limitations on vote by mail in the election context. By chipping away at ease of access through seemingly small, incremental policies, lawmakers in states like Texas have effectively stratified all people along the lines of wealth, race and power by their ability to exercise fundamental rights.

S.B. 1 and S.B. 8 are linked not only in their tactics but also in a larger anti-democratic power play. Both laws aim to undermine basic rights and privatize certain enforcement powers in an attempt to entrench conservative political ideology in the public sphere. The result is not “liberty” or “small government”: It is the deliberate outsourcing of the state’s power in order to disenfranchise and marginalize.

At a time when the most foundational of American rights are under attack, Texas’s new laws may only be the tip of the iceberg.

About Izabela Tringali and Julia Kirschenbaum 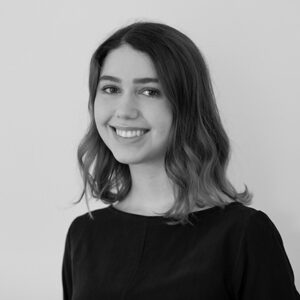 Izabela Tringali is a research and program associate at the Brennan Center, where she focuses on voting rights and elections. Tringali graduated from New York University where she was awarded the Gender and Sexuality Studies Academic Achievement Award for her senior thesis on the social and legal implications that the undue burden standard poses in American abortion law. Find her on Twitter:@BelaTringali. 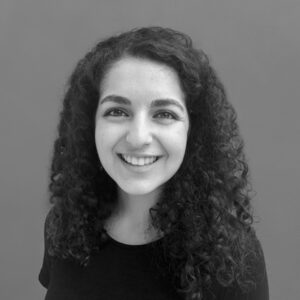 Julia Kirschenbaum is a research and program associate at the Brennan Center. Her work focuses primarily on redistricting and electoral system reform.