Breaking Down the Bogus Arguments Against VAWA - Ms. Magazine
Skip to content 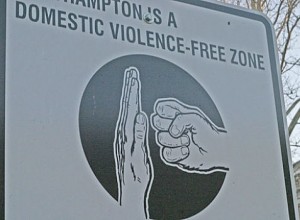 The Violence Against Women Act, or VAWA, initially passed in 1994 and reauthorized in 2000 and 2005, is up for reauthorization again. To many, reauthorizing VAWA seems like a no-brainer. The federal law (a) declares that domestic violence, sexual assault and stalking are federal crimes (b) aids criminal justice and community-based responses to such violence (c) creates legal assistance programs for victims and (d) develops prevention strategies.

Since VAWA was passed 18 years ago, domestic violence rates have been cut in half. More victims are reporting violence and more people are getting help.

Yet some conservative members of the House are against the new-and-slightly-improved 2012 version of VAWA. Guess why?

1) It expands the number of special visas available to immigrant victims of domestic violence,

2) It protects LGBTQ victims from state administrators who may discriminate against them, and

3) It allows tribes to prosecute of non-Native people living or working on tribal lands who assault tribe members.

Let’s dispense with the these concerns, shall we?

1) The anti-immigrant-protection argument: Senator Grassley (R-Iowa) fears that increasing visas for undocumented immigrant women who are assaulted will be used as a ploy to open our borders to more immigrants.

Why it’s bogus: Because of bureaucratic red tape, of the 12,151 people who applied for these visas between 2000 and 2008, only 50 were approved. In the reauthorization, the existing 10,000 cap would be raised to 15,000 to accommodate the backlog. So, no, VAWA would not lead to an increase in actual immigration, Sen. Grassley, because the victims in need of protection are already here.

(Of course, Grassley could be thinking of the countless immigrant women who would flood into this country to live the American Dream of an abusive husband, no medical care, and an indefinite wait for a VAWA visa. In that case maybe we should be concerned.)

2) The anti-LGBTQ-protection argument: Opponents such as Sen. Grassley claim there is no evidence that discrimination in shelters is an issue.

Why it’s bogus: On the contrary, the National Coalition of Anti-Violence Programs reports that in 2010, “44 percent of LGBT/HIV-positive survivors of intimate partner violence were turned away from shelters,” adding that its member organizations “consistently report that their clients … are far too often denied shelter due to their sexual orientation.” LGBT survivors of domestic violence are also met with discrimination from some law enforcement officials: NCAV reports that 55 percent of those who went to the police were denied protection orders. And whether Grassley knows it or not, members of the LGBTQ community experience intimate partner violence at the same rates as everyone else.

3) The anti-Native-protection argument: In response to the new language allowing tribes to prosecute non-Native attackers, opponents gasp in horror: “Giving a tribe the right to prosecute an American? But that would violate due process!”

Why it’s bogus: In truth, as the National Task Force to Prevent Domestic Violence explains:

Political participation has never been considered a necessary precondition to the exercise of criminal jurisdiction under the concept of due process of law. For example, Indians were subjected to federal jurisdiction under the Federal Major Crimes Act of 1885 almost 40 years before most of them were made citizens or given the vote by the Citizenship Act of 1924.

Touché, NTFPDV. In addition, an impressive array of law professors recently signed a letter to the Senate Judiciary Committee affirming the constitutionality of the provisions. They note, too, that domestic and sexual violence represent a serious threat to women on reservations: Thirty-nine percent of American Indian and Alaska Native women will experience domestic violence in their lifetimes, and the Department of Justice has found that 70 percent of the perpetrators of violence against Native women are non-Natives. So I’m confused, Senator Grassley, I thought we were for local control and a limited government.

I could go back and forth with the opponents of the reauthorization of VAWA all day, countering their wild-eyed claims with logic, reason and facts. But that would obscure the fact that the 31 Republicans in the Senate who voted against the act and the countless conservatives in the House who are gettin’ ready to holler just as loud about it–and have a serious chance of killing or at least seriously maiming the bill–are fundamentally against providing legal and medical services to victims of violence who happen to be immigrants, LGBTQ or Native.

The thing is, violence is violence. Let’s get this thing passed, new provisions intact.

Ms. Muse: Melissa Studdard on the Power of Poetry to Create the World We Want
Federal Funding Is Necessary to Sustain Election Workers
Our Abortion Stories: ‘You Aren’t Thinking of Having It, Are You?’ Were His First Words