Editor’s note: In the wake of what some are calling the busiest weekend for Fourth of July travel of all time, it’s time to take a closer look at the way the U.S. treats flight attendants—86 percent of whom are women.

The flight attendant profession successfully fought discrimination in 1968 after the Equal Employment Opportunity Commission agreed that U.S. airlines violated Title VII of the Civil Rights Act of 1964 when they terminated or fired women flight attendants on marriage or on turning 32 or 35 years of age. Yet here we are, 53 years later, still burdened by a quiet form of discrimination in a female-dominated profession.

Why Does Media Omit the Cabin Crew’s Actions in Air Disasters?

Television media and newspapers often omit the cabin crew’s actions when describing air disasters, outlining what the pilots and the ground rescue teams did, but not the flight attendants’ actions. For example, when reporting on a single engine fire, on the ground, at an airport, with a successful evacuation of the aircraft, a newspaper article stated: “The firefighters successfully evacuated the aircraft.”

Another example: Captain of a United Airlines 747 incident stated during an on-air interview: “We blew the shutes and successfully evacuated the aircraft.”

For those watching television or reading a newspaper about these accounts—who have no idea about the roles of flight attendants in aircraft accidents and incidents—the statements are completely misleading and can suggest the pilots or the firefighters completed these evacuations. These “omissions” in such a female-dominated profession affect flight attendants’ pay scale, reputation and more.

Flight Attendants Are the First Responders in an Aircraft Crash

Flight attendants are first responders: They fight fires at 40,000 feet knowing that no fire department is coming to help. They handle medical emergencies without an ambulance on its way. Flight attendants are thoroughly trained, then retrained and recertified annually.

For every aircraft emergency—every loss of power or loss of altitude, runway problem on takeoff or landing, fire, loss of structure or decompression—the cabin crew work to prepare the passengers, while preparing their own minds. They instantaneously review their emergency equipment, door operation, extinguisher operation, and so on, to save the lives of their passengers. They have no control over the physical actions of their aircraft as it suffers an incident, but they have the training, the knowledge, the responsibility and the personal commitment to act to save the lives of passengers—and then, themselves.

Imagine coming to consciousness in a twisted mass of metal, with fire and smoke, fuel pouring, seats upside down, hearing calls for help. Then, not realizing your own injuries, you begin to perform your duty to help passengers to safety. Therein lies the profound difference in the flight attendant role as a first responder: Flight attendants perform their duties after the aircraft has crashed.

Flight attendants do not arrive at an accident scene healthy, alert, with good equipment and protective gear, but rather are part of the accident. They are the first responders—a simple fact. No one gets there quicker to help passengers because they are already there.

Sadly, it is difficult to even find their names after perishing in an accident. The pilots are often named and labeled heroes, but the media consistently omits the valiant actions of the cabin crew. Even during COVID, front line workers were praised, but flight attendants—who flew for hours in aircraft cabins with recirculated air just to bring people home safely—were entirely ignored. Sadly, the World Health Organization omitted their inclusion for prioritized COVID shots.

Another professional omission must be addressed: To date, flight attendants have not been included in an area meant to honor first responders. In both the U.S. and Canada, there are movements underfoot to have officially designated “First Responder Appreciation Days.” Both countries have at least one Facebook group which is requesting a day of recognition for fire, police and medical professionals in the U.S.; and for police, firefighters, EMS, 911 dispatchers, and correctional officers in Canada.

This is not meant to undermine these admirable endeavors, but rather to address an obvious—but not traditionally recognized—omission.

It is time that all flight attendants who work an accident, are lost, or injured—physically or mentally—are given due respect, as other emergency service providers are given. These simple words of recognition will allow their families and loved ones to be able to feel the comforting pride that is currently bestowed on other branches of emergency responders. Give them credit and recognize them as emergency first responders.

We are calling on the mainstream media to support our global aviation first responders.

21 Years After FDA Approval, Abortion Pill Is More Critical Than Ever 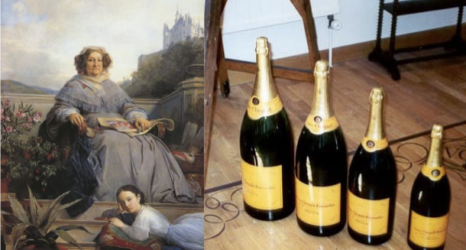 How One Woman Overcame Pandemics, War and Patriarchy to Build a Champagne Empire

How One Woman Overcame Pandemics, War and Patriarchy to Build a Champagne Empire
Taliban Ban Girls From Returning to Secondary School: “Like Burying Them Alive”
The Biden Administration’s Expulsion of Haitians Is Unconscionable—and a Missed Opportunity