I don’t exactly follow soccer. However, as an American who’s now lived in Canada for 20 years, I’ve been schooled, big time, on the heated rivalry between the U.S. and Canadian women’s soccer teams.

That Canada beat Team USA (1–0) in the semifinal Tokyo Olympics game and then won gold (3–2) against Sweden will cheer, for many sugar maple moons (bona fide astronomer lingo), folks in the land of unlimited maple syrup. I’m telling you what I know.

By contrast, I haven’t a clue about the business of soccer. Hence, I immediately noted the $1 million that Title Nine, a women’s sport apparel company in California, recently donated to the U.S. Women’s National Soccer Team. This, in an effort to narrow the wage gap (an estimated $60-plus million since 2016) between U.S. professional women soccer players and their male counterparts. A lawsuit against the U.S. Soccer Federation for alleged gender discrimination is currently under appeal in court.

“[The U.S.] women’s soccer team has dominated the sport like no other; they really are a national treasure,” said Missy Park, the founder and CEO of Title Nine, in interviews about the unprecedented donation. Park said she was inspired to write the hefty check after watching LFG, a new documentary about the USWNST’s battle for equal pay.

“The Federation [is] paying them like second-class citizens,” said Park, who named her company after Title IX, the landmark 1972 US law that mandated equal access for girls and women in education and school sports.

As for equal access, Title Nine proved pivotal in my literary career: For having missed, in the late 1990s, my deadline for a major book project, I found salvation in a part-time, holiday season warehouse packing job with the company.

Less stressed by writer’s block after securing the position, I awoke exhilarated on work days, eager to don a ski cap and the mismatched fleece and corduroy ensemble that diminished the chill in the cavernous Title Nine warehouse.

My typical mid-day meal (carrot sticks, sardine sandwich, apple) arranged in a Homer Simpson lunchbox, I happily left for a job where no one cared about the proper placement of a comma.

Indeed, pushing my metal cart through a maze of inventory, I experienced a calming peace as I gathered sports bras, exercise tights and other women’s athletic attire that I later packed and loaded on a conveyer belt for dispatch around the world.

Conversation during my half-hour lunch break did not turn on Oprah’s book picks. Instead, I wrote down recipes for the delectable homemade tamales, lumpia and samosas that my co-workers, pitying of my damp sardine sandwich, generously shared with me.

Deadlines? Those were the dates by which a rising mountain of packages had to be shipped to guarantee delivery by December 25. Unlike revising (yet again) my narrative, I rejoiced in the challenge.

Set against the backdrop of the Tokyo Olympics and nearly a quarter-century after clearing out my locker at Title Nine, I’m mindful that the shiny dent on my forehead serves as my cherished “medal” from the job.

Here’s why: Reaching for a mailing label that had slipped to the floor, I one day smashed my head on the conveyor. A thick trail of blood soon snaked toward my left eyebrow.

Loathe to be sent home, I walked to the employee lunchroom. There, I twisted an ice cube from a tray in the fridge, placed it over the gash on my forehead and pulled down my ski cap. Damage concealed, I returned to my workstation where I blissfully continued to pack boxes, slyly wiping away the pinkish droplets of water that trickled down my face.

Mentally refreshed by my non-literary labour, I was soon able to craft the needed ending for my book and mail the manuscript to my editor. The job also highlighted the many women who, limited by poor education, language barriers, and inadequate training, deserve more support to improve their lives.

While I’m not likely to ever play soccer, I’m grateful to Title Nine for a work experience (and a distinctive scar!) that remain more valuable to me than gold.

A former reporter for the San Francisco Chronicle, Evelyn C. White is the author of Alice Walker: A Life (2004). She lives in Nova Scotia. 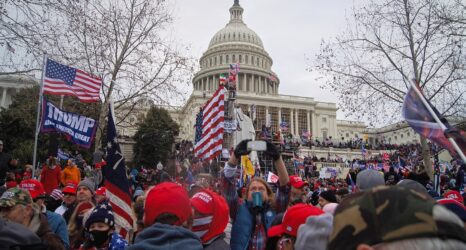 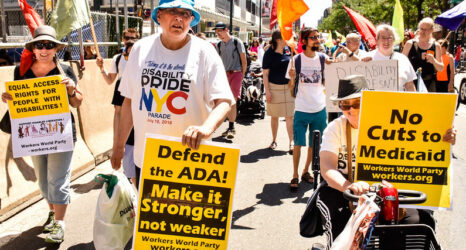 Many People With Disabilities Are Paid Just Pennies. Build Back Better Could Help End That