In early September, the Supreme Court declined to block Texas law S.B. 8 that effectively bans abortions as early as six weeks into pregnancy—or as the law puts it, if a doctor detects a so-called “fetal heartbeat.” This bill is the latest in a series of restrictions on reproductive healthcare based on pseudoscience and part of a disturbing nationwide trend that subverts evidence-based policymaking—and, ultimately, democratic accountability of government.

This particular preoccupation with heartbeats is an example of the sort of junk science lawmakers across the country are using to stigmatize abortion and justify rolling back reproductive rights. In this case, the term is misleading at best because an embryo does not have anything resembling a heart at such an early stage of gestation; rather, the “heartbeat” is a group of cells emitting electrical signals.

Texas is one of at least eight states that have passed laws banning abortions using the false, fabricated vernacular of “fetal heartbeats.” Other restrictions are based on unsupported claims that a fetus can experience pain prior to viability—which are roundly rejected by leading medical authorities and contradicted by evidence-based research.

An embryo does not have anything resembling a heart at such an early stage of gestation; rather, the “heartbeat” is a group of cells emitting electrical signals.

Recent legislation in North Dakota requires healthcare providers to inform patients that they are terminating “the life of a whole, separate, unique, living human being”—a statement of belief, not a proven scientific fact—and to claim that medication abortions can be reversed, which is false.

Mandatory counseling laws have passed in several states, requiring providers to perpetuate the baseless lie that abortion is linked to long-term health complications like breast cancer.

And an Ohio bill introduced in 2019 would compel doctors to reimplant ectopic pregnancies—which are not viable and can be life-threatening—in the uterus, even though this medical procedure does not exist; failure to do so could result in charges of a wholly made-up crime, “abortion murder.”

This invent-your-own-facts approach has also occurred through federal executive branch policy—under both Democratic and Republican administrations. For instance, during the Obama administration, the secretary of Health and Human Services publicly overruled the Food and Drug Administration’s determination that over-the-counter emergency contraceptives were safe for minors, questioning the underlying research despite her lack of scientific training. A judge found the secretary’s action “politically motivated, scientifically unjustified, and contrary to agency precedent.”

And as part of an ongoing assault on science-based policymaking, the Trump administration required patients seeking medication abortion to have in-person visits with their healthcare providers during the height of the pandemic—despite the risk of COVID-19 transmission and the fact that studies have found the drug to be safer than other medications that are widely available.

Creating pseudoscientific bases for restricting or outlawing reproductive healthcare allows abortion opponents to create confusion that conceals their ideologically driven goals—values that are not shared by most Americans. A solid majority believe abortion should be legal in all or most cases. The specific provisions of the Texas ban are highly unpopular, including among Republicans.

This is a strategy with a long history. In the late 19th century, the American Medical Association successfully campaigned to criminalize abortions on the pretense of science, when instead it was based on discriminatory motives—like those of Dr. Horatio Storer, who wanted to prevent white Protestant women from obtaining abortions because of a xenophobic and racist fear about population growth among immigrants, Catholics and people of color.

Other anti-abortion advocates claimed they sought to outlaw abortion and other reproductive care like midwifery (often practiced by Black women) in order to protect women’s health, when their true goal was to cement white male doctors’ control of the medical profession while restricting women’s autonomy.

And some early 20th century proponents of birth control harbored racist beliefs in eugenics, which were also the basis for state-sponsored forced sterilization programs. Appeals to pseudoscience have undermined true reproductive autonomy on all sides.

Manipulation of scientific research in government policymaking is not solely the domain of anti-abortion ideologues. The federal government’s response to the COVID-19 pandemic has been hampered by repeated abuses by political actors—who have pressured government experts to promote unproven and ineffective treatments like hydroxychloroquine, manipulated public health guidance, and censored the recommendations of government scientists.

Appeals to pseudoscience have undermined true reproductive autonomy on all sides.

Similar abuses have occurred at the state level, as well. For instance, when top political aides to former New York Governor Andrew Cuomo changed data in a report about deaths at nursing homes in the state, reducing the number reported by about 50 percent, nine public health experts resigned to protest the sidelining of science. The political assault on public health research and guidance during the pandemic is in turn part of a larger anti-science playbook employed by several presidential administrations, most prominently to undermine climate science research and environmental regulations.

At the same time, the Supreme Court and state courts have become increasingly willing to defer to or even adopt pseudoscience, undermining science-based policies. For example, during the pandemic, courts have struck down the Centers for Disease Control and Prevention’s eviction moratorium, which sought to minimize exposure to COVID-19, and invalidated Michigan Governor Gretchen Whitmer’s public health executive orders, while refusing to check the junk science and verbiage that undergird anti-abortion legislation.

Policymaking informed by rigorous scientific research is critical to building a democratic system that responds to people’s needs for health, safety and economic stability. Fortunately, there is bipartisan legislation pending in Congress—the Scientific Integrity Act—that would safeguard against the types of manipulation, censorship and other science-related abuses that have become commonplace in the federal government. Similar safeguards are needed at the state and local levels, as well.

More fundamentally, we need to hold policymakers at all levels of government accountable, through legislation, the courts and public opinion, for their use, and abuse, of pseudoscience to justify policies that are ideologically driven and lack popular support. Democratic accountability, public health and reproductive autonomy are all at stake. 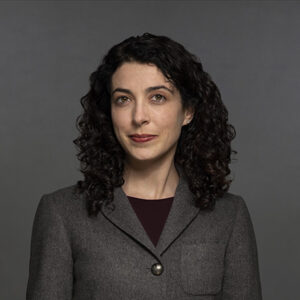 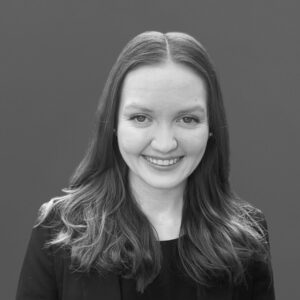 Julia Boland is a research and program associate at the Brennan Center. Her work focuses primarily on redistricting and federal democracy reform. 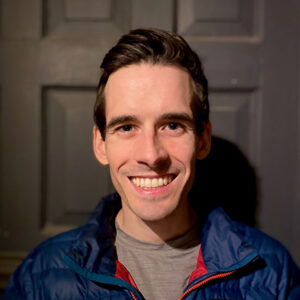 Harry Rube is an intern with the Brennan Center and a JD candidate at the New York University School of Law, where his areas of focus include democracy reform, administrative law and civil rights litigation. He previously interned with Planned Parenthood’s Litigation & Law Department, and prior to law school managed digital advocacy campaigns at Trilogy Interactive. Find him on Twitter: @harry_rube.