Contrary to the majority ruling in Dobbs v. Jackson, the 14th Amendment requires the government to respect—and courts to protect—the constitutional and human right to reproductive autonomy.

The Supreme Court’s egregious ruling in Dobbs v. Jackson Women’s Health Organization is already having a devastating impact nationwide. But we must continue fighting to secure the full promise of the 14th Amendment. Under a correct understanding of its multiple and interdependent guarantees, a future with stronger constitutional protection for reproductive autonomy is both necessary and possible.

Roe rightly held that the right to abortion is part of the 14th Amendment’s liberty guarantee. It recognized that decisions about childbearing rise to the level of constitutional importance, and has been critical to advancing women’s social, political and economic status. It was also part of the constitutional fabric of related fundamental rights, including rights to contraception, sexual intimacy and marriage for same-sex partners.

Immediately following the Court’s decision overturning Roe, several states began enforcing bans and half of U.S. states are expected to ban abortion in the coming days and weeks. But even before Dobbs, Roe was never enough, especially as it was constricted in later cases. Lack of access has always been the reality for women living on low incomes, and has disproportionately harmed Black and Indigenous women, other people of color, people with disabilities, immigrants, young people and LGBTQIA+ people. Reproductive justice advocates, led by women of color, have long chronicled and challenged this disconnect between rights and reality.

Roe provided an important foundation for reproductive autonomy rights beyond abortion. But the law is underdeveloped when it comes to the constitutional right to have a healthy pregnancy, safely raise children and live without fear of being prosecuted for conduct during pregnancy or experiencing miscarriages or stillbirths.

As we spell out in a new Center report: Contrary to the majority ruling in Dobbs v. Jackson Women’s Health Organization, the 14th Amendment requires the government to respect—and courts to protect—the constitutional and human right to reproductive autonomy.

The Right to Liberty

The Court was correct decades ago when it concluded that the 14th Amendment’s liberty clause protects individual decisions about whether and when to have a child. Roe stood as part of a century of cases interpreting the Constitution’s explicit protection for liberty to include the right to bodily integrity and to make personal decisions related to family, marriage and childrearing. Many state courts, interpreting their similar state constitutions, have done the same.

The 14th Amendment’s liberty clause protects individual decisions about whether and when to have a child.

In a less well-known decision, the Court also relied on the liberty clause to invalidate policies forcing pregnant teachers into unpaid leave on the ground that such policies “unduly penalize[d] [them] for deciding to bear a child.”

These well-established rights of personal decision-making and bodily integrity support a broad right to reproductive autonomy, including the right to have or not have children, to make one’s own healthcare decisions related to pregnancy, and the rights to access contraception and abortion.

The Right to Equal Protection

For centuries, the stereotype that a woman’s primary role was to be a wife and mother justified numerous discriminatory laws that perpetuated women’s second-class status, including abortion bans, as well as laws that limited women’s ability to own property, to vote, to pursue an education, to work and to participate fully in civic life.

In the past and today, the government has forced sterilization and contraception on Black, Indigenous and other women of color, as well as women with disabilities, and enforced policies that broke up or limited families. Government control over reproductive decisions reinforces legal, social and economic inferiority. Constitutional and statutory law is clear that laws discriminating on the basis of pregnancy can constitute discrimination on the basis of sex. And sex classifications that perpetuate the second-class status of women, or are based on stereotypes about men, women or traditional gender roles, including stereotypes about women’s ability to make their own decisions, are legally invalid.

For centuries, the stereotype that a woman’s primary role was to be a wife and mother justified numerous discriminatory laws that perpetuated women’s second-class status, including abortion bans.

Reproductive autonomy is squarely a matter of racial equality. As Dorothy Roberts argues in Killing the Black Body, when governments “perpetuate racial subordination through the denial of procreative rights,” it “threatens both racial equality and privacy at once.”

As part of the Reconstruction Amendments, the 14th Amendment created a crucial protection against state’s racially oppressive control of reproduction. Although the Court imposes an unacceptably high bar for proving unconstitutional race discrimination, current standards entail a “sensitive inquiry” of all evidence of discriminatory intent, including consideration of relevant historical background and whether the law “bears more heavily on one race than another.” Reproductive justice advocates, scholars and others have extensively documented the evidence of laws rooted in policies of racial and reproductive coercion. When the government perpetuates these stereotypes and harms, it denies the equal right of Black and Brown people to control their lives and futures.

And, overwhelmingly, it is those living on lower incomes who the government deprives of reproductive liberty and equality. As Justice Marshall wrote in dissent from Court decisions holding it constitutional to deny publicly-funded healthcare for abortions, such laws are “designed to deprive poor and minority women” of reproductive autonomy.

In other contexts, the Court has recognized the government must ensure access to fundamental rights, striking down laws that deterred people with limited resources from exercising their right to vote, to freely travel and establish residence in another state. And when liberty or family relationships are at stake, it has held court costs must be waived and counsel appointed for people who cannot afford them.

In short, states “may not ‘bolt the door to equal justice’” solely on the “ability to pay.” Likewise, courts must hold the government accountable for remedying—even at a cost—when it unequally burdens the reproductive autonomy of people struggling to make ends meet.

The Right to Life

The Court has not directly recognized that government interference with personal decisions about pregnancy or medical care implicates a person’s 14th Amendment right of life. It should.

Prior to Dobbs, Roe and subsequent cases held that a state cannot restrict access to abortions that are necessary to preserve the “life or health” of the pregnant person. And before and after Roe, California’s high court has recognized that abortion bans and funding restrictions implicate the state constitutional right to life because pregnancy and childbirth involve “risks of death” and abortion implicates “the woman’s fundamental interest in the preservation of her personal health.”

Human rights treaty bodies have recognized the connection between restrictive abortion laws, high rates of unsafe abortion, and maternal mortality. They have found that restrictive abortion laws violate the right to life and that the right to life also protects maternal health. Human rights law, along with jurisprudence of national courts, including in India, Nepal and Kenya, can guide understanding of the U.S. constitutional right of life to similarly protect reproductive autonomy.

With Roe gone, courts can and should look to these multiple and interdependent rights within the Fourtheen frameworks to secure the constitutional and human right of reproductive autonomy.

About Diana Kasdan and Risa Kaufman 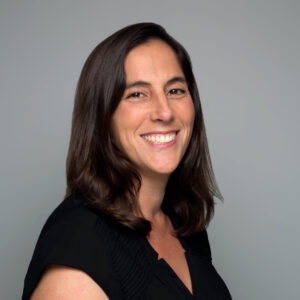 Diana Kasdan (she/her) is the director of U.S. judicial strategy at the Center for Reproductive Rights where she leads a team developing original legal research, analysis and strategies to expand constitutional protections for reproductive rights at the federal and state levels. 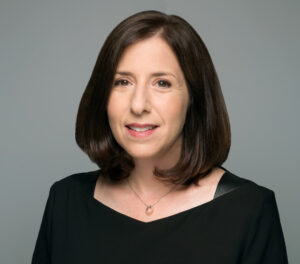 Risa Kaufman (she/her) is the director of U.S. human rights at the Center for Reproductive Rights where she leads the Center’s efforts to integrate international human rights norms and strategies to advance the full spectrum of reproductive rights in the United States.