There is still only one Barbara Walters. She asked the questions most of us are curious about but seldom dare to ask. She asked and she made history.

At the end of every year, I am irresistibly drawn to the obituaries of the people who passed during the year. Maybe it’s age, but it seems to me that list gets longer … and more personal every year.

The death of Barbara Walters is such a loss. We were professional colleagues and towards the end of our sometimes overlapping journeys as women in media, we became friends … not the kind of ‘share everything with’ friend, but a friendship based on the recognition that we had faced similar challenges and learned along the way the importance of showing up for other women.

You most likely won’t find prominent mention of this aspect of Barbara’s life and career in the many tributes to her many groundbreaking accomplishments, and because I had opportunities to witness it and benefit from it, I wanted to add this perspective.

When Barbara started her career in television in the late 1960s, I was teaching English at a small college in Virginia and was also a single parent. At that time, the idea of moving to New York to pursue a career as a writer and a journalist seemed entirely unrealistic. But Barbara Walters, already known for breaking barriers in the network news world, made the dream seem possible.

I wasn’t fully aware of the challenges she faced in getting to that place of prominence in an industry dominated by white men at the time, but those backstage network battles are now a part of television history.

We know now that when she was named a co-host of NBC’s highly rated Today program in the early 1970s, her co-host, Frank McGee, persuaded the network to mandate that he ask the first three questions of any guest in the studio, because he was “worried that viewers might assume that he and Ms. Walters were of equal stature.”

When Barbara and I first met, in the fall of 1970, I was an unemployed writer, having taken the risk of leaving teaching to become a researcher-writer for the weekly magazine LOOK, which promptly went bankrupt just months after I made the big move to New York City. Encouraged by a friend who was a colleague of Barbara’s at NBC, I was trying to get a job there myself, as a news reporter. Having just completed an audition (which was terrible), I was fighting back tears in the ladies’ room. In walked Barbara Walters, already the most well-known woman on television. She could have ignored me—especially since I must have looked desperate, which I was close to becoming, trying to find employment in an industry I knew little about. But she said hello and introduced herself.

I remember this long ago encounter well, because I was so flustered to be facing the famous Barbara Walters, and because I blurted out something about my audition and being told that my Southern accent made this an unlikely goal.

Yes, here I was telling a woman who had been told she would never make it on air because of the way she pronounced ‘R’s’ that I had an ‘accent challenge.’ I’m sure she ‘got’ the irony of my comment, but she didn’t acknowledge it and just said something like, ”don’t listen to anyone who gives you the reasons you will fail. Just prove them wrong!”—and with that, she left.

A couple of years later, after I got my first on-air job at WBZ-TV in Boston, I wrote her a letter, thanking her for the encouragement that came at just the right moment for me, and inviting her to participate in a 24-hour program I was producing and hosting called “Yes, We Can!”

She couldn’t accept that invitation, but she answered with another note of encouragement referencing our earlier encounter. The fact that she knew who I was and answered was very meaningful to me in those early days … when finding women allies or mentors was very nearly impossible. These were the days when everyone’s advice was that women must ‘protect their turf’ and not become friends or allies, but Barbara Walters had already proven to be an ally, if not a friend yet. That would come later, in spite of an atmosphere in the media business that encouraged competitiveness among all women in media for the big stories or interviews or jobs. The message was: “There’s only room for one or two of you, so don’t make friends or support other women.”

These were the days when everyone’s advice was that women must ‘protect their turf’ and not become friends or allies, but Barbara Walters had already proven to be an ally, if not a friend yet.

Many years later, when I ended up on the Today show reporting on women’s stories and serving as a substitute co-host when Jane Pauley was on maternity leave, I got a note from Barbara saying she liked my Southern accent and was happy to see that I hadn’t given into the pressures to change.

Eventually, I did get tired of the pressures to change all kinds of things about myself, and the battles to get more women’s stories on the network, and I chose to step off the ‘talent track’ to become an independent producer and focus on creating media for women and about women. Barbara, meanwhile, stayed on the frontlines of the network talent wars and continued to raise the standards for the Big Interview, to expand her roles and responsibilities, and to optimize her power and influence. She deserved it and from my perspective, she used it well.

When I was interviewing to become the CEO and president of the Paley Center for Media, Barbara was on the search committee. After my interview, she called to encourage me to take the position, assuring me that it could be an opportunity to do some good work together. I took the job. True to her word, she supported my leadership in the boardroom, and we began to have regular lunch dates. “I’m here for lunch with Barbara,” was all you had to say to the maître d’.

In what we both often referred to as our ‘third act,’ Barbara became more vocal and public in her support for other women in the media business. That wasn’t her reputation, but that was the reality of what I experienced with her. When the Women’s Media Center announced a lifetime achievement award in my name, Barbara asked to present it to me—a moment I’ll never forget. Afterwards, we shared a laugh about that first ladies’ room encounter.

So many times during my media career, I would be asked if my ambition was to be another “Barbara Walters.” Many women in the media have been asked that question. Many have been inspired to try—one of the reasons there are so many smart, talented women in media today, though still not enough at the top of media companies.

I sometimes reflected with Barbara about why she didn’t go for an executive role … become the president and CEO of ABC or CBS or any company she chose.

Her curiosity was a big factor in why her interviews are so compelling—she asked the questions most of us are curious about but seldom dare to ask. She asked and she made history. There is still only one Barbara Walters.

I never aspired to ‘be’ Barbara, but like every woman in media then and now, I benefited from the battles she took on, the challenges she met and overcame, and the sacrifices she made to do the work she loved. I miss her on television and in my world.

This article was originally published on Pat Mitchell’s personal website. 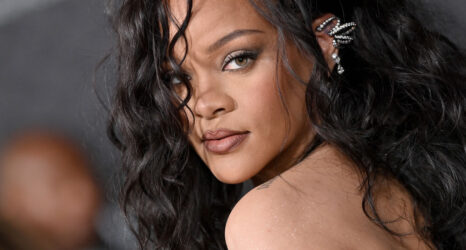