In the second to last scene of Kasi Lemmons’s major motion picture Harriet (2019), our titular hero gives a rousing speech about slavery, the “snake” coiled at the feet of African Americans. Though Harriet Tubman and the Black soldiers she addressed were all free, the “snake” was still alive. She told the soldiers their mission was to free Black people still in bondage. Meanwhile, enslaved laborers toiled under the lash in rice fields on the Combahee River, producing the rice that fed the Confederate civilians and military during the Civil War. Were they ready to kill the “snake”?

Most Americans know only of Harriet Tubman’s work on the Underground Railroad. Before the biopic Harriet, most depictions of Tubman’s life ignored a critical chapter of her life: Harriet Tubman worked for the U.S. Army Department of the South as a nurse, cook, spy and scout during the U.S. Civil War. But it is impossible to tell this story in less than three minutes, as occurred in the film. Thus, there are still many things about Harriet Tubman’s extraordinary Civil War service that Americans do not know.

Tubman arrived in Beaufort, S.C., in May 1862, five months after the Battle of Port Royal when the U.S. Navy captured Port Royal, Beaufort and the Sea Islands. Tens of thousands of enslaved people, abandoned by fleeing planters, became the responsibility of the federal government. Over the next few months, hundreds of Northern volunteers came down to the Beaufort area to work in “The Port Royal Experiment,” the largest social experiment at its time in U. S. history. They supervised refugees’ labor on Sea Island cotton plantations, taught refugees to read and write, and operated stores. The governor of Massachusetts and The New England Freedmen’s Aid Society sent volunteers—Tubman among them.

But Tubman was different from the rest. She had spent a decade as a conductor on the Underground Railroad, liberating herself from bondage, then risking her life going back on roughly 13 trips to lead approximately 70 family and community members to freedom and give instructions to 60 or 70 more. Tubman risked it all going to South Carolina–a slave state in the Deep South, the proverbial “Belly of the Beast.” This time, she risked it to free Black people who were not her people—whose Gullah Geechee language she could not even understand—and ultimately to end slavery.

Tubman was the first woman in U.S. history to lead men in battle because she was “captain of a gang of men who [piloted] the union forces into the enemy’s country” and she “piloted Colonel Montgomery on his most successful expedition.”

In Beaufort, Tubman “made it a business to see all contrabands escaping from the Confederates.” By “debriefing” the refugees, she was “able to get more intelligence than anyone else.” And, she recruited “scouts who are residents of Beaufort and well-acquainted with the mainland: Peter Barns, Motte Blake, Sandy Salters, Solomon Gregory, Isaac Hayward, Gabriel Cohen, and George Chrisholm” and “pilots who know the channels in this vicinity, and who acted as such for Col. Montgomery up the Combahee River: Samuel Heyward and Charles Simmons.”

On June 2, 1863, it was time to kill the snake. Unlike in the movie Harriet, Colonel James Montgomery and his white officers were in command. Tubman was the first woman in U.S. history to lead men in battle because she was “captain of a gang of men who [piloted] the union forces into the enemy’s country” and she “piloted Colonel Montgomery on his most successful expedition.” The Combahee River Raid destroyed nine plantations owned by private Confederate citizens, caused several million dollars of damage, and freed 756 enslaved people.

The night before, Colonel Montgomery, Harriet Tubman, her ring of spies, scouts and pilots, the Black Second South Carolina Volunteers soldiers and white commanders, and the white Third Rhode Island Heavy Battery boarded three U.S. Army boats and entered St. Helena Sound. After one boat ran aground, the remaining two proceeded six miles up the serpentine Combahee River to Combahee Ferry. The U.S. Army boats drove into creeks in the rice fields. Soldiers landed and brought off enslaved people who were already at work hoeing rice at four o’clock a.m. and went out in row boats to more distant plantations.

To her biographer, Tubman remembered that she had “nebber see such a sight” as enslaved people running for their lives when they smelled and heard the U.S. Army boats coming up the Combahee River. They peered out “like startled deer” from their hiding places. When they saw “Lincoln’s gunboats come to set them free,” they rushed to the river. Hundreds, maybe thousands, of freedom seekers came so quickly, Tubman thought there must have been a “mysterious telegraphic communication” system. They came with bags on their shoulders, baskets on their heads, young children struggling to keep up, pigs squealing, chickens squawking and children crying.

Tubman snaked her way through the mud and tall grasses. When the white commanders gave the orders to “double-quick” back to the boats, Tubman ran and tripped on her long dress. She fell, and her garments tore almost completely off. In the letter she dictated to the Boston Commonwealth, Tubman appealed to her “Boston friends,” female supporters among the Boston abolitionist and suffragist community, to kindly send her a “bloomer dress made on coarse, strong material, to wear on expeditions.” Tubman asked the ladies to send the bloomer dress as soon as possible, because she expected to have use for it on another expedition very soon, probably sooner than they could get it to her.

Lastly, Tubman was most certainly the “black woman, who led the raid and under whose inspiration it was originated and conducted” who gave a speech after Colonel Montgomery the next morning at a church in downtown Beaufort. She may have told the refugees that freedom was not free; formerly enslaved people had risked their lives to liberate the Combahee refugees; and it was now their turn to kill the “snake.” After the speech, approximately 150 of the Combahee men joined Colonel Montgomery’s Second South Carolina Volunteers.

The overwhelming majority of the Combahee veterans, widows and neighbors were illiterate, as was Harriet, and precious few left written accounts. My book will be the first time that we hear the freedom seekers who escaped in the Combahee River Raid, as well as the newly liberated men turned soldiers who freed them, tell their stories in their own words. None of the Second South Carolina Volunteers veterans, widows or neighbors testified to Tubman’s presence on or role in the Raid. Only the abolitionists with whom she had worked for decades to abolish slavery—actually, Frederick Douglass and William Lloyd Garrison’s sons—could really see her. Yet, the solidarity among Tubman, her spies, scouts, and pilots, the Second South Carolina Volunteers, and the 186,017 U.S. Colored Troops ultimately sealed her liberation legacy.

In 1974, Tubman’s sacrifices to free the most oppressed inspired a group of Black feminists to build coalitions and engage globally in political activism to free Black women from capitalism, racism and patriarchy. They founded the Combahee River Collective and wrote a collective statement for liberation. Their work as well as Harriet’s has an enduring and indelible impact. Today, if the greatness of our nation was measured by the plight of the most oppressed, not the wealthiest and most powerful, we would all be much better off. 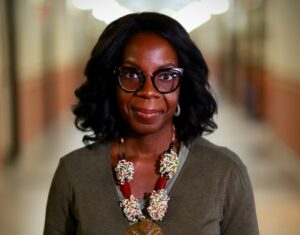