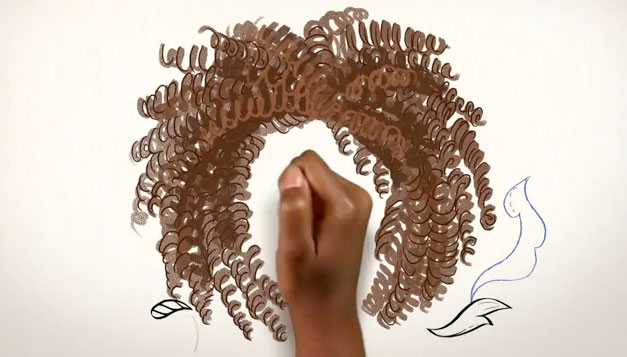 Feminists are on a roll this month. First, Toms Shoes disassociated from Focus on the Family in response to a Ms. and Change.org petition. Next, the California Milk Board agreed to end its sexist “Everything I Do is Wrong” campaign after feminist outcry. Now douche-vendors Summer’s Eve have followed suit, pulling an offensive series of three commercials from television and YouTube yesterday. Writers all over the blogosphere had called out Summer’s Eve for their use of obvious racial stereotypes in depicting women of color–and did we mention the talking-hand-vaginas?

“The decision to take the videos down is about acknowledging that there’s backlash here,” PR executive Stacie Barnett of advertising agency The Richards Group told Adweek. Meaning Summer’s Eve is not acknowledging the ads were racist or in poor taste. They just recognize they weren’t very well-received. The overall “Hail to the V” campaign is continuing its print ads (featuring famous vaginas of history) and live-action commercials.

Just last week, the same execs at the Richards Group stood by the ads:

We never intended anything other than to make the videos relatable, and our in-house multicutural experts confirmed the approach.

(Who are these “in-house multicultural experts” that would sign off on such a racist campaign? Maybe Summer’s Eve picked them up in the same unemployment line where they found “gynecologists and dermatologists” to OK their medically unnecessary douche products.)

When the outcry hit the mainstream media–Stephen Colbert parodied them on his show Monday night–the ad execs for Summer’s Eve finally realized these videos weren’t helping sell their useless products after all. “We want to move beyond [the controversy] and focus on the greater mission,” Barnett said.

What greater mission would that be? Cue the standard PR jargon that Summer’s Eve has a noble mission to educate women about their reproductive organs. “Now, are these

necessary? No….[but] there are a lot of women who want these products, right or wrong, necessary or not. And that’s who we want to educate,” Barnett added.

Oh. Right. Despite pulling these ads, Summer’s Eve is still on its virtuous quest to shame women into buying unnecessary cosmetic products.