Let’s remember Harriet Tubman was a fully embodied woman and human being. One way of doing that is to consider her personal style and to promote more nuanced depictions of Tubman in art.

Present-day representations of Harriet Tubman abound. In 2017, Aisha Hinds portrayed her in the second season of the TV series Underground. In 2019, Cynthia Erivo starred in the feature-length biopic Harriet, directed by Kasi Lemmons. The white Hollywood star Julia Roberts was once even suggested to play the role of the Underground Railroad conductor by a studio executive who apparently was not aware that Tubman was Black.

The iconic figure of Harriet Tubman supersedes the factual details of her life: There is the real Harriet Tubman and there is how she is remembered, which looms larger. In most of the surviving photographs of Tubman, we see her as a stoic freedom fighter and abolitionist. However, in 2017, a recently discovered photograph of her was auctioned at Swann Galleries, and it shows us a new side of Tubman.

This carte de visite probably dates from between 1865 and 1868, when Tubman was approximately 45 years old. It shows us a younger, more feminine Tubman, dressed on trend for the 1860s in a plaid caged crinoline gown. She does not meet the eye of the viewer; she rather looks askance just left of the photographer. Perhaps this photo represents a more hopeful Harriet Tubman forging a life post-emancipation.

As such, it marks a departure from the older, more resigned veteran of the African American freedom struggle we see in later photos, which picture Tubman in more sober color palettes, sometimes giving her the appearance of being in mourning. For example, in a carte de visite taken by H. Seymour Squyer in Auburn, New York, in 1885, we see an expressionless Tubman draped in all black, her only accessory being a printed headwrap. Perhaps by then, her economic struggles—which continued until her death—may have taken their toll and is captured in her subdued expression.

The recently discovered photograph from the 1860s is the earliest known photo of Tubman, and it captures her in a different phase of her life, when she may have been more fashion conscious. It seems to have replaced older photographs as the go-to image of Tubman in contemporary representations, as here she is more aligned with conventional beauty standards for women in the late 19th century. At the same time, it offers us a glimpse of her life beyond how she is often remembered, allowing us to see her as a more complex human being.

The recently discovered photograph from the 1860s is the earliest known photo of Tubman, and it captures her in a different phase of her life, when she may have been more fashion conscious—allowing us to see her as a more complex human being.

Tubman was born Araminta Ross in 1822. She lived well into her early 90s and had several lives. Born enslaved, she freed herself and became a famed conductor on the Underground Railroad. She even served as an armed scout and spy during the Civil War.

Yet Tubman was also a woman, a wife, an aunt and a mother. She married twice, the second time in 1869 to Nelson Davis, a man 22 years her junior. She loved and wanted to be loved, as all humans do. One way of understanding Harriet Tubman in her full complexity is to consider the previously unexplored choices she made in styling herself, as in the 1860s photograph, as well as novel ways in which she has been depicted in artistic representations.

Artist Kerry James Marshall attended to Tubman’s basic desire to love and be loved in Still-Life with Wedding Portrait (2015). This work depicts a young, sensual Tubman with her first husband, John Tubman. The gloved hands of art handlers hang the painting within a painting, highlighting the way in which Tubman is placed (or not placed) in the popular imagination. The terms “still life” and “portrait” are juxtaposed in the title, drawing further attention to how Tubman was and how she is represented. Marshall portrays her in a teal gown that is presumably a wedding dress, with a white pussycat bow and pink cuff detail. No photos show Tubman dressed in this manner. Apart from the fitted jacket with a row of button closures, the styling is a figment of Marshall’s imagination.

Marshall alludes to the button closures from a previously iconic photograph in which she stands while resting her hands on an armchair. The photo was taken by Harvey B. Lindsley at her home outside of Auburn, New York in the 1870s, by which time Tubman appeared to have taken on the stern countenance that until recently was often associated with her. The room is spare, but a book is left on a table to her right. Tubman wears a dark bodice lined with metal buttons and long fitted sleeves. Her neck is tied with a frilly white collar. Her ankle-length dress is loose with light folds at the waist and a wide trim at the hem.

Despite her cheerless expression, her choice in styling suggests Tubman’s appreciation for feminine attire and fashionable self-presentation.

As such, Marshall’s portrayal of her is not a stretch. He represents her decked out in feminine details, in a way that she might have wanted to be memorialized had she had full control over her self-image. If she did not have to devote her life to activism and abolitionism, she might have indulged her feminine side more often. Harriet Tubman held at least one fashion item dear. A key surviving garment that she owned is a shawl gifted to her by Queen Victoria in 1897, the year of the queen’s Diamond Jubilee, which is now on view at Smithsonian’s National Museum of African American History and Culture.

Gifting Tubman this marker of simple elegance was a recognition of respect and feminine honor on the part of the queen who, after reading Tubman’s biography, offered this gift in recognition for her abolitionist work in Canada. Draping a shawl over one’s shoulders, along with wearing gloves and covering one’s head, was an act of modesty and a sign of gentility. Tubman, like many African American women in the 19th century, understood how conventions of Victorian propriety might provide a modicum of protection from stereotypes about Black women’s supposed promiscuity and lack of morals.

Draping a shawl over one’s shoulders was an act of modesty and a sign of gentility. Tubman, like many African American women in the 19th century, understood how conventions of Victorian propriety might provide a modicum of protection from stereotypes about Black women.

Similarly, Sojourner Truth flirted with middle-class respectability in cartes-de-visite that she sold at speaking engagements. Though her quirky sense of style evinced a streak of reformism and did not completely adhere to sartorial standards of the time—she was photographed not wearing corsets and had a penchant for unconventional prints—she was certainly in dialogue with dominant sartorial norms in the mid-to-late nineteenth century. Truth was also photographed holding knitting implements, a trapping of domesticity. Tubman and Truth thought carefully about their visual representation in the face of both racism and misogyny. Their adoption and subversion of the “cult of true womanhood” can be read as a form of sartorial resistance.

At the same time, it is important to remember that Tubman—like Sojourner Truth, Ida B. Wells, Shirley Chisholm and any other race woman/woman of color—was a real woman. She is more than a figure who comes to children’s minds when asked to write a report on an important African American figure during Black History Month. She is more than a face to replace Andrew Jackson on the $20. It is time to eschew facile interpretations of the facts of Tubman’s life. Stated differently, let’s remember that Harriet Tubman was a fully embodied woman and human being. One way of doing that is to consider her personal style and to promote more nuanced depictions of Tubman in art. 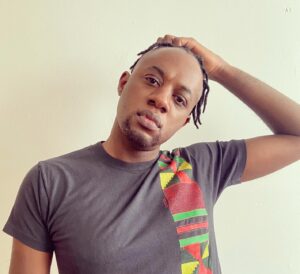 Jonathan Michael Square is the assistant professor of Black visual culture at Parsons School of Design. He is also currently a fellow in the Costume Institute at the Metropolitan Museum of Art. He has taught at the University of Pennsylvania, Fashion Institute of Technology, and, most recently, at Harvard University. His writing has appeared in Fashionista, Fashion Studies Journal, Refinery29, Vestoj, Small Axe, Hyperallergic, British Art Studies and International Journal of Fashion Studies. A proponent in the power of social media as a platform for radical pedagogy, he founded and runs the digital humanities project Fashioning the Self in Slavery and Freedom, which explores the intersection between histories of enslavement and the fashion system. He is currently working on a book manuscript on the same topic, tentatively titled Negro Cloth: How Slavery Birthed the Global Fashion Industry.