Launching the year of Harriet Tubman’s bicentennial birthday, documentary producer Nicole London’s latest project—Harriet Tubman: Visions of Freedom—premieres Tuesday, Oct. 4, on PBS. The documentary film is directed by celebrated Black filmmaker Stanley Nelson, who also directed the companion documentary, Becoming Frederick Douglass (which airs Oct. 11). The film marks the first historical narrative of its kind to delve deeply into the life of our heroic Black feminist icon. Maryland Public Television is the sponsor behind these two films highlighting their most famous state natives.

London is an Emmy-winning and Grammy-nominated producer/director who began her career in public affairs before working as an associate producer for PBS’s To the Contrary.  She eventually focused on the long story format of documentaries as her way to impact the public conversation about Black and women’s histories. She has worked on several projects with top directors in documentary film, including American Masters’ Marvin Gaye: What’s Going On; Sammy Davis, Jr.: I’ve Gotta Be Me; POV’s American Promise; and Independent Lens’ The Black Panthers: Vanguard of the Revolution, which was nominated for a 2016 Exceptional Merit In Documentary Filmmaking Emmy.

London was also the producer for Miles Davis: Birth of the Cool, for which she was nominated for a 2020 Grammy for Best Music Film and won the 2021 News & Documentary Emmy for Outstanding Arts and Culture Documentary. In 2021, she was honored as a Trailblazer at the 22nd Annual African American Women In Cinema Film Festival. She is currently working on a new American Masters documentary on Black pianist Hazel Scott (1920-1981).

Earlier this year, I served as the guest editor of the Harriet Tubman Bicentennial Project, which launched Feb. 1. London and I recently chatted about Tubman’s heroism and entrepreneurial spirit, and what it was like to reckon with her legacy.

Janell Hobson: What one word would you use to describe Harriet Tubman?

London: I call her a one-woman Seal Team Six.

Hobson: That’s really provocative! Of course, she was recently inducted into the U.S. Army Intelligence Hall of Fame.

London: She’s the first woman to lead a military raid in this country. I didn’t know that about her. It’s really interesting what a great story that makes when you really think about it. It’s like, ‘Oh, that washerwoman that’s hanging around the campsite doing her little jobs? She could be a spy!’ And she was.

Oftentimes, we take somebody at face value. You don’t think that they had that intelligence to do what she did. But she was always finding out information. Better yet, when people were escaping, she was getting information from them. They would tell her, “I just left the plantation that had 50 soldiers at it.” That kind of stuff. What else do they have? Well, they had some cannons, and they had this and that, but they’re running out of food and that kind of thing.

She had incredible memory. She must have had a photographic memory to keep that kind of information, to plan routes, not being able to read a map, read any notices about her, read any letters or signs or bounties on her, to know where to go and where not to go. To know the landscape enough to travel this way and not get caught. It’s unbelievable.

She was constantly raising money, constantly handling money. So, who better to be on a $20 bill than Harriet Tubman?

Hobson: Her story is so incredible because it’s so true. It’s not surprising she would be selected to be the first woman on U.S. currency—once she is eventually on our $20 bill.

London: Right. And who would’ve thought there would be a debate about should or should she not be on our money? Not just amongst, obviously, the detractors, but even among people who do the work of keeping her name alive.

Hobson: What were some of the more surprising facts that you learned about Harriet Tubman in producing this documentary?

The fact that her husband was free was crazy to learn. That’s just the realities of slavery in Maryland. That half of the Black population was free, half was enslaved, and they could intermarry and have children. That kind of close relationship I’d never thought about or considered.

There are so many myths about her that imagine she alone represented the Underground Railroad. But it was a huge network of people. I also knew that she freed the slaves. But the details of that had never been clear to me. She’d attained her own freedom but went back into enemy territory 13 times to free others, that’s something I didn’t know.

Hobson: That is what is so exciting about a documentary that can get at the truths behind the myths.

London: Yes! There are so many specifics of what it took to escape, especially from Maryland. The popular depiction is often of her and freedom seekers running in the daytime with the hounds at bay and splashing through creeks. There is some of that imagery in the film, mostly because that’s the imagery that’s available.

Harriet in particular obviously would try sometimes to move through the day, but she especially tried to work at night and in winter because the nights were longer. Thinking about this, of course that makes perfect sense, but it’s never been told in any story, any film, as that would just highlight too much of her intelligence. You know what I mean?

Hobson: Absolutely! We don’t often think of the real intelligence it took for her to do what she did.

London: That’s what’s especially heroic about it. She escaped and ran away at night, probably in winter. The fact that she was like, that’s not good enough. I got to go back. I got to go back and free other people and drag them back with me. I didn’t realize that she had escaped more than once and had to go back with her brothers that first time. But then days to weeks later, she left again and ditched them this time. She was like: they’re a liability!

Hobson: And then she had to go back and rescue them years later!

London: Exactly! Also, the fact that her story was really well-documented. And that’s all the more disgraceful about how much we still don’t know about her story.

Hobson: You talk about Maryland specifically and the iconography of slavery that we have, which usually depicts slavery from the deep south and in cotton fields and big-column plantation houses. That is the imagery that survives in our cultural imagination. I wonder how your documentary is able to paint a different picture of the specific slavery that Tubman had to deal with.

London: That imagery is still in the film. It’s prevalent because that’s the imagery that exists. But we had to be really strategic with how we used that. Because our scholars were adamant that we not try to associate cotton industry slavery too much with Maryland, because there was no cotton there. It was up until maybe around the 1700s that it had become a tobacco industry.

Whenever we were specifically in Maryland, we tried not to use images of the enslaved that dealt with cotton. But the fact that there are many people who don’t even think about slavery in Maryland or that it existed even further north shows how much more work needs to be done with this history. That was how entrenched slavery was within the entire eastern seaboard and the entire country. And as more states came into the union, they had to strike a balance between those that had slaves and those that didn’t. Of course, that became a bigger problem leading to the Civil War.

Hobson: Were you able to paint a different visual picture of slavery in Maryland?

London: We really tried, but we don’t have too many images. We don’t have that much imagery of Harriet Tubman herself either. We had the complete opposite issue with Frederick Douglass, who had an abundance of images and texts. Harriet Tubman couldn’t read or write, so there’s only the one biography that this one white woman had written about her. But there were several newspaper items. There were many articles and mentions of her in papers and books from that time.

Her story was really well-documented. And that’s all the more disgraceful about how much we still don’t know about her story.

Hobson: Don’t you find it interesting that, despite this, Harriet Tubman is still the most well-known of all the Black women in our history?

London: That is really interesting. But her story supersedes her, even when it’s wrong. Her story and her name supersede any of the myths about her or any of the facts about her. Even when we know nothing about Harriet Tubman, we all know her name.

ICYMI: The Harriet Tubman Bicentennial Project is an online initiative from Ms. honoring the bicentennial anniversary of the birth of Harriet Tubman. The project sheds light on the history and legacy of this groundbreaking feminist icon through a history timeline; an essay series by scholars in diverse fields; conversations with Tubman descendants, creatives and experts; a slavery reparations calculator; and original art and poetry. Explore the interactive groundbreaking site here. 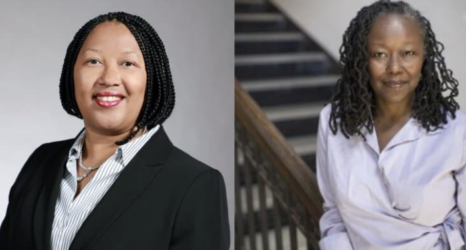